Chechen Republic, for a long time trying to regain control over oil assets, may soon get the first of them, the newspaper “Kommersant”. 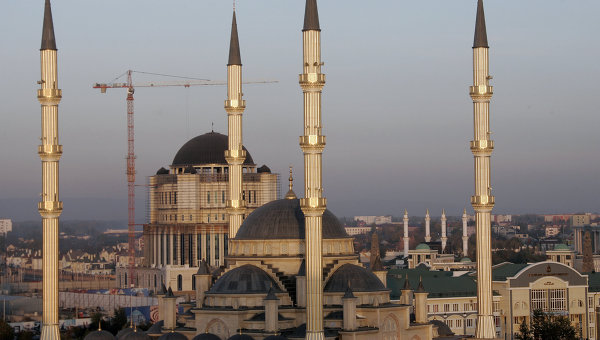 MOSCOW, 24 Dec. The Chechen Republic may soon gain control over one of oil and gas assets — “Chechenneftekhimprom”, writes in Thursday newspaper “Kommersant”.

Now the company is owned by the government, and its processing facilities and infrastructure controls Rosneft. The head of Chechnya Ramzan Kadyrov in the letter, which is available at the disposal of the newspaper, notes that significant potential “of Chechenneftekhimprom”, not associated with oil refining, hardly used, specifying that it’s about land and infrastructure, and requests that the company the Republic. Chechen authorities want to build a factory for the production of lithium-ion batteries.

“Chechenneftekhimprom” is included in the forecast plan of privatization for 2014-2016, which, according to Ramzan Kadyrov, “casts doubt on the possibility of completion as specified in the project and others planned for implementation in the subsequent years”. Therefore a better asset to transfer to the Republic, Kadyrov noted, he argues that the transfer of “Chechenneftekhimprom” would not prejudice the interests of “Rosneft” renting of immovable property only oil-producing complex.

According to “Kommersant”, the Russian President supported the proposal of the head of Chechnya. The Ministry confirmed to the newspaper that received proper instructions and draft documents are now being considered by Cabinet. After their signature “Chechenneftekhimprom” should be transferred to the Chechen Republic within two months.