“Swallow” will depart from Rostov-on-don and to cross the Kuban capital. The train will run on Thursdays and Sundays until 21 April inclusive. 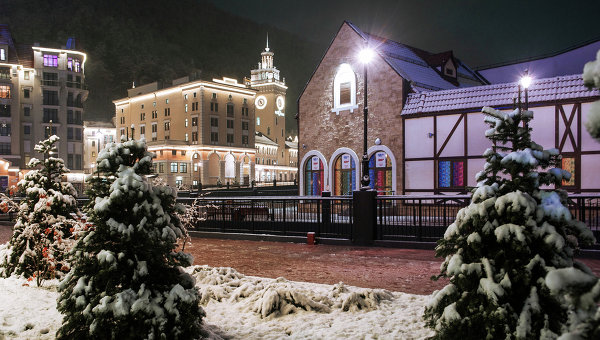 SOCHI, Dec 24,–, Juliana Grebennikova. Resort “rose farm” starts Thursday private Charter train “Lastochka”, which will carry tourists into the mountains of Sochi from Rostov-on-don and Krasnodar, according to the resort.

Last year, the resort launched a similar train, but this winter season the train route has been changed. Now, “Swallow” will depart from Rostov-on-don and to cross the Kuban capital.

“In the beginning of 2015, the resort already had a successful experience of cooperation with RZD. In March direct trains “Lastochka” went on a route Krasnodar-Rosa Khutor-Krasnodar. The product was in great demand among the guests of the resort. In the new season, we have decided to significantly increase the volume of transportation and expand the geography of the train”, is given in the message words of the Director of marketing and sales “Rosa Khutor” Olga Filipenkova.

The first train “Lastochka” on the route Rostov-on-don – Rosa Khutor will depart on December 24 and will run on Thursdays and Sundays until 21 April inclusive.

It is noted that for fans of ski holiday special offer “Travel + ski pass”, which includes travel routes and three-day lift pass of the resort and also packages with accommodation in hotels of the resort.