BRUSSELS, December 24. /Corr. Denis Dubrovin/. The project of the gas pipeline “Nord stream-2” is not legally covered by the third energy package of the EU. This was stated on Thursday in an exclusive interview with Russia’s permanent representative to the EU Vladimir Chizhov. 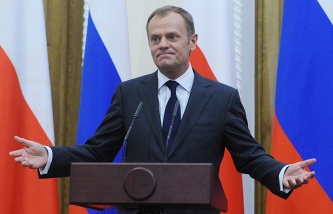 Tusk: “Nord stream-2” will not help to reduce energy dependency of the EU on Russia

He, in particular, commented on the failed attempt by some Eastern European EU member States at the last community summit, on 17-18 December in Brussels to push through a political decision to freeze this project.

“I am not going to act as the advocate of the positions of the participants of this consortium are have worthy professional lawyers. Now, they firmly believe and are ready to prove it in any court that the “third energy package” to the “Nord stream-2” is not applicable a priori. We are talking about the pipeline, which starts outside the EU and ends in a point “x” on the territory of the EU,” he said.