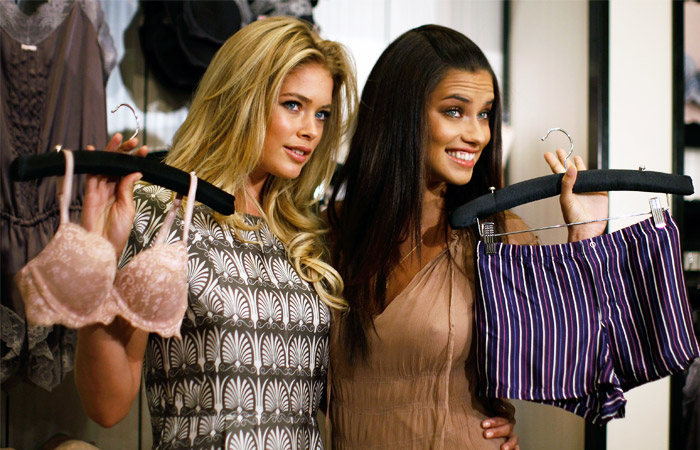 Moscow. December 24. The most advantageous results after on the open market in Hong Kong this year the indicators manufacturer of lingerie Regina Miracle International (Holdings) and the operator of IMAX theatres to China Holdings, The Wall Street Journal writes.

Traditional holding on the Hong Kong stock exchange IPO – banks, brokers, telecoms operators – on the backburner. Experts see this dynamic shares after the listing is a signal that investors, including Western, are betting on further strong growth in consumer spending in mainland China.

Regina Miracle company that creates designs and produces linen products for brands such as Victoria’s Secret and Calvin Klein, in early October, raised $245 million by the end of the IPO. Since then, its market capitalization has more than doubled – according to Dealogic, this is the maximum market value increase among all listings more than $50 million this year.

According to the observations of Deloitte, shares Regina Miracle has risen by 16% in debut auction, while the average in 2015 paper on the Hong Kong stock exchange on the first trading session was added 5.4 percent.

Another leader growth after IPO – registered in the Cayman Islands IMAX China with IMAX exclusively licensed in the greater China. Its shares surged 11% on the first day, and for a time after the release of the open market capitalization increased more than 80%.

Meanwhile, the average income from investments in the remaining eight most profitable IPO with Hong Kong this year worth more than $50 million is about 13% and Hong Kong stock Hang Seng index was down 8% YTD.

According to the economists, the consumer market of China still is among the fastest growing in the world. In 2020 consumer spending in China reached $6.5 trillion, according to a joint study by Boston Consulting Group and AliResearch Institute (analytical units of the Alibaba Group).

The share of consumer-related sector companies that went IPO in Hong Kong this year, declined to 21% from 36% last year. On mainland markets (Shanghai and Shenzhen), the situation is reversed – the rate increased from 10% to 19%.