The budget for 2016 provides opportunities to perform the obligations of the state, gives opportunities for development, said the head of the Duma Committee on budget and taxes Andrey Makarov. 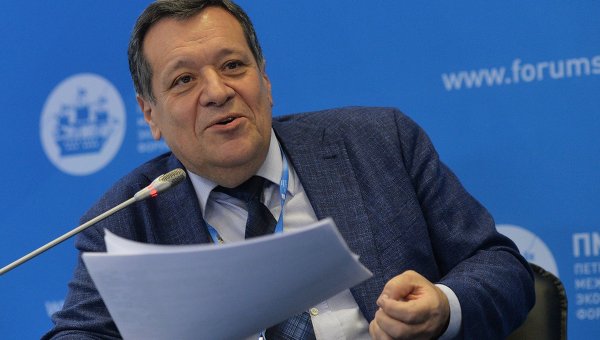 MOSCOW, 24 Dec. Need to change the law on the Federal budget at the present time, no indicators that it laid, flexible and acceptable, told reporters the head of the Duma Committee on budget and taxes Andrey Makarov.

The rapid fall in global oil prices began in 2014. In the summer of 2014 a barrel of Brent cost $ 115, and in January of the current year — a total of 48.5 dollars. The main factor exerting pressure on oil prices is the excess of supply over demand. Another crash in the oil market began after the OPEC’s decision of 4 December to keep production quotas at 30 million barrels per day. Against this background, the Brent oil price has made new lows since July 2004, having gone below $ 36.2 dollar per barrel.

“I am deeply convinced that we need to fulfill the adopted budget, the adopted budget is very flexible, absolutely normal, with the necessary reserves when their decisions of the government in the event of any disparity, dissonance, used as an anti-crisis Fund — the funds that it has,” said Makarov.

“So, from my point of view, now need to do,” the MP added. While Makarov noted that the budget for 2016 provides opportunities to perform the obligations of the state, gives opportunities for development.

“It provides anti-crisis Fund, real money, which it will do by the end of 2015. It will be filled with what used to be used in inefficient spending of the ministries”, — said the Deputy.

The deputies took into account all the risks. “When the Ministry of economic development gave the forecast of socio-economic development, they did not consider any rate increase in the USA, nor the consequences of shale oil, nor the gush of Iranian oil on the market after the lifting of sanctions. When we passed the budget, all of these risk factors into account,” — said Makarov.

Russia’s Federal budget for 2016 is pegged at the rate of 50 dollars per barrel, but the Minister of Finance Anton Siluanov didn’t exclude that the price of “black gold” may go down to 30 dollars.