MOSCOW, December 24. The head of the Federation Council Committee on international Affairs Konstantin Kosachev does not exclude that a number of NGOs can be excluded from the “Patriotic stop-list” and some of his helpers – included in the register of undesirable organizations. 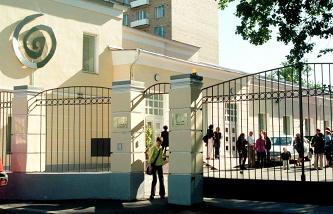 “And in some organizations of “Patriotic stop-list”, on the contrary, our concerns are not confirmed, and it is possible that these organizations also will be announced the relevant decisions”, – said Kosachev.

“At this meeting, the three committees discussed the work of the agencies on that list, which was formulated by the Council of the Federation (“the Patriotic stop-list”). No additional proposals to expand this list as part of the meeting was not discussed,” – said Kosachev also.

The Senator stressed that proposals to expand “the Patriotic stop-list” is received. “They go to the relevant departments, proceed from the deputies of the State Duma and Federation Council members, representatives of ministries and departments, civil society organizations and individual citizens, i.e. initiatives to enable to the attention of the authorities, which under Russian law is authorized to make appropriate decisions, more than enough, but again, it wasn’t a consideration at this meeting today,” said Kosachev.

On 24 June the head of the Federation Council Committee on international Affairs said that “Russia should create its own list intervening in our Affairs foreign non-governmental organizations, a kind of Patriotic stop-list”.

According to the Senator, after a series of coups d’état (Georgia, Ukraine), and regime change, with the loyal “Americans and their allies did not hide the fact that we, Russia, following”. For this purpose, stressed Kosachev, used all means, including “unwinding the themes of rights and freedoms in Russia, to raise the people against their government”.

Among the “missionaries” of this activity he called “the Soros Foundation”, the national endowment for democracy and other organizations, whose funding, according to Kosachev, has grown from 37 billion rubles in 2013 to 70 billion rubles in 2014. “There are many NGOs that are doing good things, but these figures are not about them,” said the Senator. He was confident that external actors “should be controlled through effective control, to avoid another collapse, and thus the defeat of the country and nation”.

“Actually, how do these foreign players at home,” – said Kosachev.

After that the Federation Council has sent an appeal to the Prosecutor General, Ministry of foreign Affairs of the Russian Federation and the Ministry of justice to consider the issue on inclusion of these organizations in the list of undesirable.

The law on “undesirable organizations” was adopted in the spring of this year.

Currently the list of such organizations, available on the official website of the Ministry of justice of the Russian Federation, meaning “the national endowment for democracy”, Foundation open society “Soros Foundation”, open Society Institute Assistance Foundation and “American-Russian Fund on economic and legal development”.