MOSCOW, December 24. The Chairman of the Federation Council Valentina Matvienko believes that the anti-crisis measures of the government worked and gave a positive result.

“I believe that anti-crisis measures developed by the government, they are not exhaustive, they are in development, they are complemented and developed, but overall, they worked and gave a positive result”, – said the speaker of the Federation Council to journalists.

She stressed that the level of interaction of the Federation Council from the government can be assessed as “a solid four”. 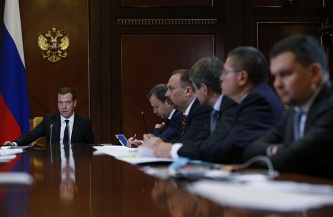 Medvedev: anti-crisis plan helped to neutralize the impact of external factors on the economy

The speaker of the Federation Council also did not rule out changes to the Federal budget, but not before summing up the first quarter of next year.

According to Matvienko, it is possible in the case of a “negative scenario” if the price of oil will be below $40 per barrel. “Such a scenario is possible, I am sure that ministries of Finance are already doing this, the speaker said. But I would before (the end of) first quarter did not make any changes in the budget,” she said, adding that one should survive the first quarter and assess the need for changes to the budget.