MOSCOW, December 24. The Chechen Republic, many years trying to regain control of oil and gas assets, may soon receive the first of them – “Chechenneftekhimprom”, the newspaper “Kommersant”. 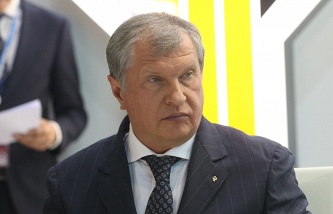 Available publications was a letter of the head of Chechnya, Ramzan Kadyrov, dated 3 December, in which he asks to transfer to the Republic one of its two major oil – producing assets “Chechenneftekhimprom”.

Now the company is wholly owned by the government, and manages leasehold “Rosneft”.

In this case, indicates Kadyrov, “the significant potential “of Chechenneftekhimprom”, not associated with oil refining, is almost never used”, clarifying that we are talking about land resources and infrastructure.

The Republic’s authorities want to build a plant for the production of lithium-ion batteries (Kokam agreement with Korea signed in 2014).

The best asset to transfer to the Republic, Kadyrov considers

But “Chechenneftekhimprom” is included in the forecast plan of privatization for 2014-2016. This, says the head of Chechnya, “casts doubt on the possibility of completion as specified in the project and others planned for implementation in the subsequent years”. Therefore a better asset to transfer to the Republic, Kadyrov stressed. He claims that the transfer “Chechenneftekhimprom” “in no way infringe upon the interests of Rosneft, which only leases of real property oil-producing complex of the company”.

According to the newspaper, the President of Russia Vladimir Putin supported the proposal made by Kadyrov.

The economy Ministry confirmed to the newspaper that he had received the order of the President and draft documents now being considered by the government. After their signature “Chechenneftekhimprom” should be transferred to Chechnya within two months. In Rosneft declined to comment on the upcoming change of ownership and possible associated problems. A source familiar with the situation, notes that “Grozneftegaz” at the moment Chechnya is not intended, as it would be difficult to Finance the maintenance of production.