Earlier ally of opposition leader Alexei Navalny Konstantin Jankauskas could not nominate his candidacy for the Moscow city Duma due to house arrest. No restrictions into law, said the Deputy of the state Duma Dmitry Vyatkin. 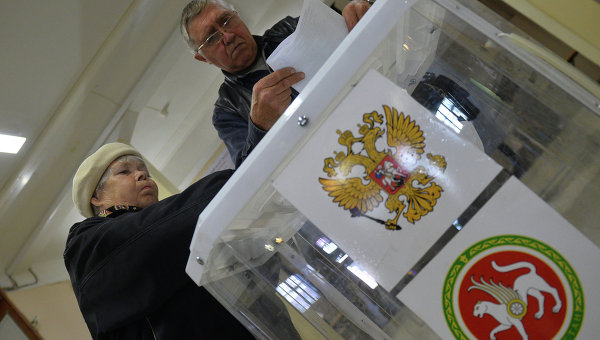 MOSCOW, 24 Dec. Rules that would restrict the nomination for the election of the persons under house arrest in the Russian legislation there, said the Deputy head of the Duma Committee on constitutional legislation and histroically Dmitry Vyatkin.

The Russian constitutional court earlier ruled that the election law allows elections to run for persons under house arrest.

In the court complaint asked the associate of opposition leader Alexei Navalny Konstantin Jankauskas, who is under house arrest, could not nominate his candidacy for the Moscow city Duma. The electoral Commission refused to register yankauskas as a candidate because he is not personally submitted documents to the Commission.

“By and large there are no restrictions in legislation. Not going to assess the court decisions that have been taken in a particular case, because the constitutional court does not verify the validity of judicial decisions, it only verifies the constitutionality of the rule. The norm recognized as unconstitutional,” said Vyatkin.

“Norm of the law on General principles of organization of local self-government has been recognized as not contradicting the Constitution because it does not contain any prohibitions on filing, including persons that applied the measure of restraint to house arrest”, — said the MP, commenting on the decision of the constitutional court.

According to the Deputy, the constitutional court, revealing the constitutional legal meaning of this provision, pointed out that the documents that may be filed by the citizen who is under house arrest, may be transferred to a lawyer or authorized person in the respective election Commission.