“The number of calls increased by 18%. But, what makes me happy, the fact that the structure has changed. If previously, about 50% were complaints of individual people, and 50% – treatment by state institutions, organisations and various bodies. Now approximately 70 % increase in the proportion of citizens”, – informed it. Pamfilova believes that she was able to optimize the operation of the apparatus and make it more operational. 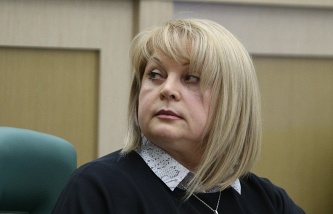 Pamfilova believes that in Russia there are few human rights NGOs

The Commissioner also noted that one of the important areas of work was in the sphere of criminal proceedings. According to Pamfilova, unsatisfactory is the situation in the penitentiary system of the Crimea. “Got very heavy legacy,” she explained.

The Ombudsman recalled that she and her staff visited famous prisoners, but such things are the work of less than 1%. “The rest is associated with people who have much less opportunities to enter the media, lawyers, poor people, often poor, disadvantaged, and in the distant regions of Russia,” she said.