The second gas pipeline “Nord stream” harms not only the Polish interests, it increases the dependence on Russia, said the President of Poland Andrzej Duda. He stressed that for Poland, Germany was and remains an important partner, with which the country is committed to good relations. 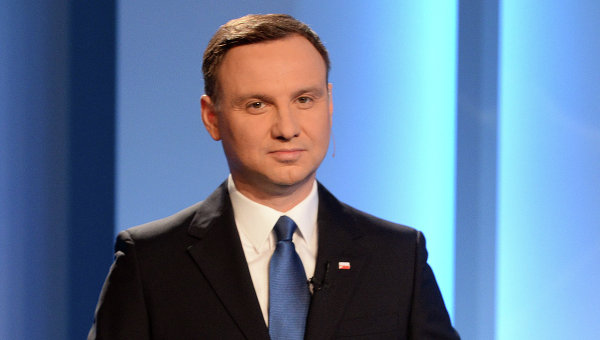 BERLIN, 24th Dec. Tatyana Firsova. Poland was waiting for from Germany more solidarity and unhappy with the plans of construction of gas pipeline “Nord stream-2,” said in an interview with Spiegel, the President of Poland Andrzej Duda.

“We were waiting for the Germans more solidarity. The fact that now between Russia and Germany bypassing Poland is planned for the second gas pipeline “Nord stream”, is not only damaging Polish interests, it increases dependence on Russia. Our relations with Germany — as in marriage: we love each other, but from time to time there are small quarrels,” said the politician. He stressed that for Poland, Germany was and remains an important partner, with which the country is committed to good relations.

Earlier it became known that the Federal Antimonopoly authority of Germany (by the Bundeskartellamt) approved the establishment of a joint venture “Northern stream-2”, the decision was made on December 18. Before that, Lithuania, Latvia, Estonia, Poland, Hungary, Romania and Slovakia have sent to Brussels a joint letter criticizing the construction of the “Nord stream-2”. According to these countries, the pipeline project may increase Europe’s dependence on gas from Russia, severely undermine the energy security of countries of Central Europe and the EU as a whole, lead to further destabilization of the situation in Ukraine.

Request for construction of a gas pipeline on December 8 has also been submitted to the Antimonopoly office of Poland, on the official website which is informed of the need to conduct in this regard, the market research, the process can take up to 4 months.