MOSCOW, December 24. The President of Russia Vladimir Putin and Prime Minister of India, Narendra modi issued a Joint Russian-Indian statement on the official visit to Russia of the head of the Indian government. The document entitled “trust relationship towards new horizons of cooperation”.

On the situation in Syria and Iraq

Russia and India expressed their firm support for the sovereignty, unity and territorial integrity of Syria, noted in the statement.

“The parties agreed that the internal armed conflict in this country has no forceful solution and can be settled only through political and diplomatic means by substantive inter-Syrian dialogue without preconditions and external interference on the basis of the Geneva communiqué of 30 June 2012, Joint statement on the results of multilateral negotiations on Syria in Vienna from 30 October 2015, and the statements of the “Group support Syria” of 14 November 2015″, – stated in the document.

Russia and India also “expressed strong support for the people and government of Iraq in their efforts to overcome the current crisis and the protection of national sovereignty and territorial integrity”. “They stressed the importance of national reconciliation and unity of Iraq, based on the formation of an inclusive state system and consolidate national democratic institutions by creating appropriate opportunities,” the statement said.

About the situation in Ukraine

Russia and India welcome the progress made in the field of security, including compliance with the ceasefire in the South-East of Ukraine and the signing of the agreement about the withdrawal of military equipment and artillery with a caliber less than 100 mm from the contact line, indicated in the statement.

“This creates favourable conditions for promoting a political settlement, which has no alternative, conciliation is only possible through direct dialogue,” reads the document.

In addition, the presence of the leaders signed a package of a half dozen documents.

In particular, the sides signed two protocols on amendments to agreement on simplification of conditions of mutual trips of separate categories of citizens of the two countries on 21 December 2010 and on mutual trips of owners diplomatic and service passports dated 3 December 2004. 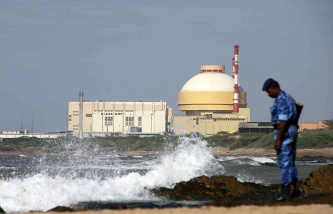 The parties also signed four agreements on cooperation in the field of helicopter, on confirmation of successful completion of the first stage of preparation for the closing of the transaction on creation of joint venture on the basis of JSC “Vankorneft”, about the development, transfer and technological support implementation of cross-cutting technologies for heavy products and energy, including nuclear, engineering, and supply of production equipment, as well as the establishment of training centers.

In addition, the parties signed a Plan of interaction between the Federal customs service of Russia and the Main Directorate of excise and customs Department of revenue Ministry of Finance of India in the field of combating of customs offences for 2015-2017 as well . The programme of action between Rosatom and the Department of atomic energy government of India through the localization of production in India for nuclear power plants of Russian design.