MOSCOW, December 24. The President of the Russian Federation Vladimir Putin on the whole satisfied with the work of the government, but urged to act “quick”. 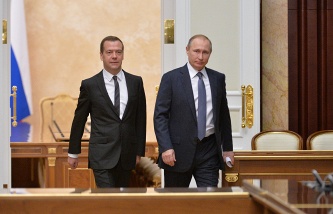 “Of course, there are many issues need to be just, frankly, parastrophe. Familiar with heavy machines. I told you that you need to cancel the transport tax, it could help people out of the shadows, at the same time maintain the income that families provide. Have in mind the possibility of switching to the patent system,” he told a government meeting, summing up of 2015.

Putin added that “there are other situations in which you need to act more quickly”. But overall, he said, the government acted “effectively, choose the right approaches to solving those problems, faced by the country”.

“What exactly was in the work of the members of the government – was not indifference to the tasks, facing the country. But was at the same time, the interest, the desire to work and desire to solve these problems. This is the most important, is the main guarantee of our joint successful work”, – concluded the head of state.