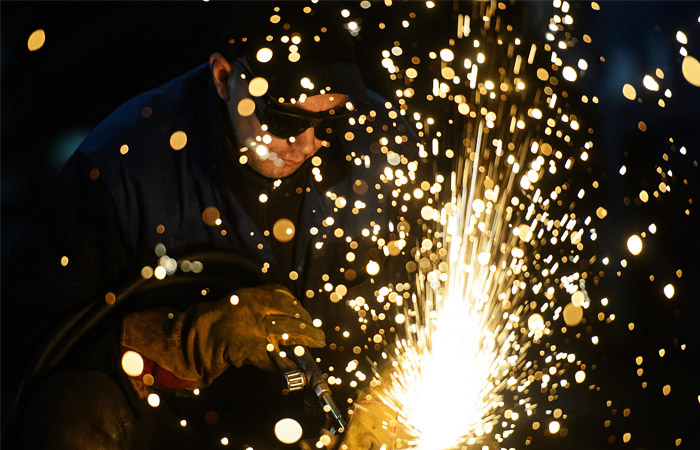 Moscow. December 24. Russian steel industry in 2015 was in the zone of turbulence: the falling prices, reducing consumption, growing competition on the world market – all this did not allow metallurgists to relax. Safe Harbor Steelworkers tried to find something on the foreign market, taking advantage of the devaluation of the ruble, on the inside, when the national currency is partly played their positions.

These maneuvers, though not fully, but still helped steelmakers to stay afloat. In the first half of the year companies were able to capitalize on the devaluation and to achieve good financial results. However, by the middle of the year effect of depreciation of the national currency was held, which inevitably affected the steelmakers.

Analysts say 2015, and the second half in particular devastating for the steel industry – both Russian and international. Next year also does not cause special optimism. The steelmakers say that by the end of 2015 is unlikely to show nice looking figures, and in 2016 we look with apprehension.

Not your, and our

The beginning of 2015 was a stormy and uneasy for the Russian metallurgical industry. The devaluation of the ruble forced the steel makers to adjust domestic prices upwards. So, in February prices for main types of steel products increased by 20-30%. Justifying its action, the company cited the rising costs of raw materials, the cost of which is denominated in dollars.

The falling rouble also pushed steelmakers to increase exports, helping companies to insure against a possible reduction of sales in the domestic market. Thus, NLMK group in the first quarter brought the share of export sales in the total sales structure to 54% (in the fourth quarter of 2014 43%), “Severstal” – up to 38% (29%), MMK – to 22.7%.

Consumers of steel products in the domestic market, especially the mechanical engineers and car builders, the behavior of the partners did not like what they did not fail to state the relevant departments. The company disagreed with the price increase, claiming that grown-up price tags of their depth.

The Ministry has not stood aside and took an active part in the conflict resolution industry, but the frequent meetings and negotiations with both parties not immediately helped to reach a consensus. Trying to put pressure on steel makers, the Agency announced all sorts of “horror stories”: we promised to introduce export duty on metals, if the parties fail to agree, was proposed to decouple the domestic price from prices in foreign currency. Perhaps these promises played a role in resolving the conflict, although their implementation and hard to believe, but in March the head of Ministry of industry and trade Denis Manturov noted that the Steelworkers were able to agree on prices with all the manufacturers. Railcar manufacturers, however, still complained, but not as active as in the beginning of the year.

Meanwhile, the ruble strengthened, while the domestic market remained weak. The company was still interested in expansion of export deliveries, however it has not been so attractive. “Severstal” in the second quarter increased the share of export in the structure of sales to 41%, MMK – to 27.4%. NLMK group, by contrast, reduced exports, since the domestic market, according to the company, brought a higher yield due to the increased premiums, resulting in the share of sales of Russian plants for export amounted to 50%.

The devaluation stopped to help steelmakers in the third quarter, said BCS analyst Oleg Petropavlovsky. “The devaluation of the ruble helps Russian manufacturers. Exports of semi-finished products from Russia became unprofitable, and the company will be forced to reduce capacity utilization or to move on to more intense competition in the domestic market,” he said.

In General, according to Petropavlovsk, 2015 and especially the second half of the year were devastating for Russian and foreign metallurgists. Price HRC (FOB Black sea) have fallen by 43% since the beginning of the year and, moreover, will continue to fall as iron ore on the world market continues to decrease due to the decrease in steel consumption in China, he concludes.

One good turn deserves another

In the context of a weak Russian economy and the unstable rouble, the Steelworkers, the major part of debt obligations which are denominated in foreign currencies, harder continued the work on optimization of the credit portfolio and reduce debt. Successful this “fight” was for Severstal, NLMK and MMK, which are already low debt burden shrank even more. The ratio of net debt to EBITDA at the end of September 2015 companies amounted to 0.4 x 0,48 x and 0.63 x respectively. Not so good things from Evraz, which the figure at the end of June was equal to 2.6 x.

It is Evraz in 2015 has become one of the major players in the metals & mining sector on the debt market borrowings. In June the company placed 10-year bonds at 15 billion rubles. Demand for papers has exceeded the offer in 1,5 times, to $ 23 billion, it was therefore decided to increase the placement volume from the previously planned 10 billion. And in July, the company offer redeemed bonds in two series 4.7 billion.

Evraz then tried his luck on foreign debt markets and in early December placed Eurobonds on $750 million with a yield of 8.25% per annum and maturing in January 2021. The company redeemed a part of bonds, repayment of which was due in 2017 and 2018, allocating $550 million in addition, Evraz bought bonds Raspadskaya maturing in 2017 totaling $166 million.

The group also has repeatedly come out into the debt market. So, in July, the company placed 10-year bonds for 5 billion rubles, in October again issued bonds for the same amount. In March the group under the put option purchased securities to 4.9 billion rubles.

To issue bonds in the past year was planning and MMK group. The company wanted to offer their securities by 5 billion rubles to refinance bonds for the same amount maturing in December. Subsequently, however, the group underwent placement indefinitely, and in October and even noted that in 2015 no plans to enter the loan market due to the high key rate.

The reluctance to issue securities says and “Severstal”. According to the company’s CFO Alexei Kulichenko, in the next three years the company does not plan IPO or Eurobonds or rouble bonds.

According to Petropavlovsk, Severstal, NLMK and MMK there is no great need to raise public debt, so the company will go to the bond market only with improved conditions. Evraz, on the contrary, will be forced to refinance debt, so we can expect new offerings.

Despite uncertain times in the steel industry, the Russian metallurgists continue to use the planned development programs, pay dividends and even revise the dividend policy, aiming to pay shareholders more.

After “Severstal”, which in 2014 adopted a new dividend policy, on the changes announced to the group. In February 2015 investor Day, the company outlined a new dividend policy. In line with payments to shareholders are made quarterly according to a certain scheme. So, if the ratio of net debt to EBITDA is equal to or below 1x, the dividends paid on all interim targets between 50% and net profit 50% of net cash flow. If the ratio “Net debt/EBITDA” exceeds 1, then the payments to shareholders are in the range, the boundaries of which are 30% of net profit and 30% net cash flow.

The ratio of net debt to EBITDA remains below 1x, which allows shareholders to receive solid dividends and rely on them in the future. Moreover, NLMK does not exclude that by the end of 2015 dividends can be above the conditions specified dividend policy.

Other steelmakers – MMK – so far only announced the intention to review the dividend policy in April-may 2016 will consider the Board of Directors and shareholders of the company. Now the group provides for payments of at least 20% of net profit, new dividend policy may significantly increase this threshold. In addition, you may see digital landmarks in the payout of net cash flow. Quarterly dividend the company still does not consider, preferring semiannual payments.

Another representative of the “big four” steelmakers Evraz is already revised dividend policy and now “experimenting” with other possible ways to reward shareholders. In the past year the company first decided to encourage shareholders in the form of buyback, has long been popular in the Russian sector of metals & mining. To this decision the group’s management prompted positive financial results in 2014 and the improved business prospects in 2015, said the company.

Evraz was ready to distribute among the shareholders up to $375 million, but allocated only $336 million While management noted that the company has no plans to conduct buyback on a regular basis.

Regular dividend payments Evraz, apparently, also has no plans. The company, last year after reviewing dividend policy, decided to make payments only if the ratio of net debt to EBITDA will be below 3x. In the first half of 2015, this indicator was 2.6 x, but the company decided to stop paying. The same thing Evraz did and by the end of 2014, when this indicator reached 2.5 x. Should shareholders expect final dividends for the year 2015 is an open question.

Pessimism in the face

Replaced difficult 2015 comes no less complex in 2016. According to co-owner “Severstal” Alexey Mordashov, the steel demand in Russia in 2016 will continue to decline, although not at the pace in 2015, when the drop in consumption was 10-12%. Demand recovery is expected only in 2017.

The situation on the world market also remains difficult, he said. Download world of industry capacity is less than 80%, which traditionally is very low. The prices are at the lowest level in the past 12 years, said Mordashov, noting that in 2015 they fell by 3-4%. Rapid changes in the situation, he said, should not wait.

Bleak 2016, thus, carries with it as a gift for the Russian metallurgists are many difficulties. According to Peter and Paul, the main risks of the coming year will be a further decline in domestic consumption, increased global competition amid falling demand for steel in China and a global trade war, as expressed, in particular, the introduction of tariffs on imported steel in various regions. “All this, if implemented, could lead to falling capacity utilization of Russian steel makers and can be a negative surprise for them,” he concludes.

With a colleague agrees Societe Generale analyst Sergei Donskoy, which indicates gloomy prospects for the domestic market. “Overall, next year looks pretty complicated. First, due to the fact that not very clear prospects of the domestic market, it is not clear how the Steelworkers will be able to keep prices on the domestic market and to keep in the flat rental price premium in relation to exports,” he said.

Companies have already begun to lower prices for the domestic market, and experts expect even more declines. So, the November prices of hot-rolled and cold-rolled steel fell 3-6%. The December prices will be announced only in January, on expectations of analysts of BCS, will also be reduced by about 5%.

In 2016, rates will likely remain low, adds don. “But a weak ruble should partly compensate for it. In General, of course, profitability and earnings of companies in dollar measurement should be reduced,” he says.

The market, therefore, anxiously looking at 2016, not expecting anything positive for the industry. But as you know, hope dies last. Therefore, we can only hope for the best and expect a roller coaster of cermet will function properly and recession will be followed by a takeoff.