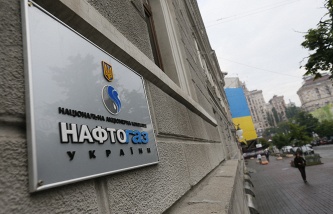 Naftogaz: Ukraine may raise transit tariffs on Russian gas until 2020

The next stage of consideration of the case will be the adoption of the Committee’s decision on the possible abuse of a Russian company its dominant position.

According to Terentyev, the AMC would consider the case of possible abuse of “Gazprom” monopoly on the gas transit market on January 14.

“We are very excited representatives of “Gazprom” January 14, 2016 at 10:00. At the time appointed for the hearing, which is held by AMCU on the fact of possible abuse of a monopoly position”, – he said.

According to Terentyev, “there is a chance of fines”, the amount of the sanctions “can reach 30% of turnover that is associated with the violation.”

The “Naftogaz of Ukraine” evaluates its losses from the alleged failure of the Russian company of its obligations up to $6 billion.

Ukraine expects the price of Russian gas for Kiev in the first quarter of 2016 would be less than $200 per thousand cubic meters.

As said earlier the Minister of energy and coal industry Volodymyr demchyshyn, “or the Russians will offer a price for gas below $200 or they will not be able to sell it to us”. 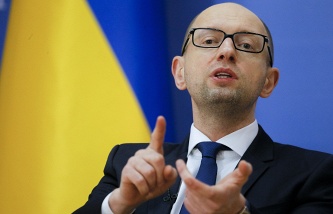 Earlier, the head of the company “Naftogaz of Ukraine” Andriy KOBOLEV said that the company intends to buy Russian gas in the first quarter of 2016, subject to reasonable prices, otherwise the entire amount will be imported from Europe. The head of “Naftogaz” noted that “the issue of gas prices in the first quarter of 2016 should be resolved in December, and signed separate supplemental agreement is not planned”.

The Cabinet of Ministers of Ukraine on November 25 banned Naftogaz to import gas from Russia. Earlier “Gazprom” has stopped gas supplies to “Naftogaz of Ukraine” to the new charges. Naftogaz confirmed the cut-offs, stressing that they would continue to transport Russian gas to European consumers in full volume in accordance with the terms of the contract.

As previously reported, on 25 September in Brussels, the EU – Ukraine-Russia agreed to supply Ukraine 2 billion cubic meters of Russian gas. “Naftogaz of Ukraine” noted that the funds for gas for the account of “Gazprom” will be transferred gradually, in small tranches. The price of Russian gas for Ukraine in the fourth quarter of 2015 is about $230 for 1 thousand cubic meters with the discount.