ST. PETERSBURG, December 24. The constitutional court ruled that people under house arrest have the right to submit documents to the election Commission for nomination as a candidate through his lawyer or other official representative. The corresponding decree was published on 24 December on the website of the court.

The reason for the consideration of the case was a complaint by opposition activist Konstantin Jankauskas. Last year he planned to participate in the elections to the Moscow city Duma, however, against it criminal case was brought as part of an investigation of the funding of the mayoral campaign of Alexey Navalny. The court, he was sent on house arrest, registration as a candidate for Deputy of the election Committee insisted on personal appearance of Jankauskas. In the end, registration was denied to him.

The applicant challenged the part of the Federal law “On basic guarantees of electoral rights and the right to participate in referendum of citizens of the Russian Federation” and the part of the article of the Electoral code of the city of Moscow. 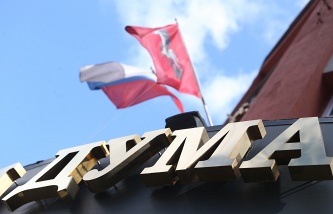 According to the court, the legislation in fact allows only two exceptions to the rules about personal appearance in the election Committee – in-patient treatment or stay at the place of detention of suspects and accused persons. According to the COP, the person under house arrest must also be able to exercise their right to nominate in a special manner. “A different approach would lead to the violation of the electoral rights of this category of citizens and the constitutional principles of universal and equal suffrage”, – stated in the decision.

“The constitutional Court recognized the contested provisions do not contradict the Constitution of the Russian Federation, because they suggest that the documents on the nomination of under house arrest of a citizen as a candidate for election may be submitted to the election Commission his defender in a criminal case, and other persons on the basis of a notarized power of attorney”, – commented on the decision of the judge of the court Alexander Kokotov. However, he stressed that “this decision does not deprive the Federal legislator law differently to resolve the order of presentation to the election Commission documents on the nomination of a candidate for election of a citizen, who is under house arrest”.

The decision of the constitutional court will not consider a revision of the results of the elections to the Moscow city Duma, but in its judgement the court noted that Jankauskas is entitled to submit a claim for compensation for misconduct.