The European Union urges Russia and Ukraine as quickly as possible to resolve the issue on the debt and reach an agreement that meets the conditions of the IMF programme for Ukraine, said EU Ambassador in Russia Vygaudas Usackas. 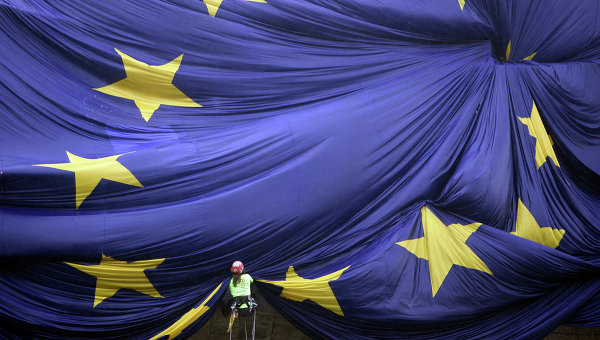 MOSCOW, 24 Dec. The European Union urges Russia and Ukraine to engage in constructive negotiations on the issue of debt and as quickly as possible to resolve the issue, said in an interview with the EU Ambassador in Russia Vygaudas Usackas.

“This is a bilateral issue. As you correctly pointed out, the EU is in contact with Russian and Ukrainian partners. We urge both sides to engage in constructive negotiations in a spirit of cooperation and as quickly as possible to resolve the bilateral issue, reaching an early agreement corresponding to the conditions of the IMF program for Ukraine”, — said Ushatskas.

The Ambassador noted that “any solution to this issue must comply with the terms of this program.”

“Nobody is interested in Ukraine defaulting. On the contrary, in our interest that Ukraine’s economy was stable, transparent and competitive. At the moment we encourage the continuation of constructive negotiations to find a way out”, — the diplomat added.

The IMF in mid-December confirmed that the debt of Ukraine to the Russian Federation is a sovereign and, therefore, by the rules of the Fund may not be restructured on the same terms as the debt to private creditors. However, as a result of the approved early in December, reform of the Fund defaulted on this debt will not lead to suspension of the assistance programme from the IMF.

The bonds were due and payable December 20, the payment, in favour of the Russian Federation must be made on a working day, 21 December. Ukraine on Monday had not implemented a payment as repayment of debt to Russia to $ 3 billion, but formal default will occur upon expiration of the grace period of 10 days.

The Finance Ministry on Monday evening said that, still waiting for the repayment until the end of 2015.

Prime Minister Dmitry Medvedev said that Russia needs to recover Ukraine’s entire debt on the loan subject to the fine and has instructed Deputy Prime Ministers to hire lawyers and prepare an appeal to legal authorities for debt collection.