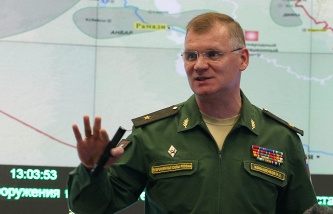 The Ministry of defense of the Russian Federation: Amnesty International report on Syria consists of “fakes and stamps”

MOSCOW, December 24. Amnesty International report on operation HQs of the Russian Federation in the SAR has no texture and is an example of politicization of human rights defenders to the situation. This was stated on December 24, the official representative of the Russian foreign Ministry Maria Zakharova.

“Used (in the report – note by TASS) not to call evidence,’ she said. All of this creates a sad impression of the work done by human rights defenders in the Syrian track”. Zakharova added that “we see a politicised approach, we see the constant stuffing of some images of documents, which, as is evident even without close analysis, are “fake”.

Earlier Amnesty International issued a report in which some of the Russian strikes in Syria were called “war crimes” and argued that as a result of military operations of Russia in Syria from September 30 to November 29, allegedly killed around 200 civilians.