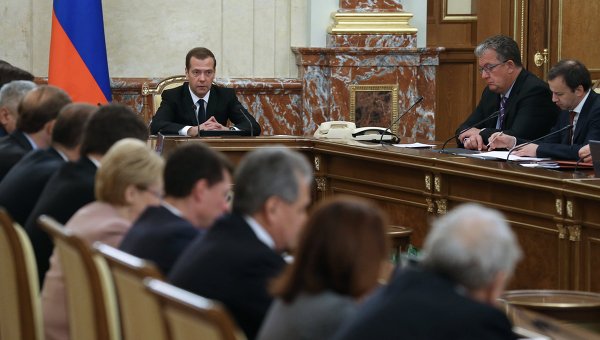 MOSCOW, 24 Dec. The government on Thursday approved the program of budgetary borrowing in domestic and foreign markets in 2016.

“The limiting volume of issue of government securities will amount to 1,049 trillion rubles, including 200 billion rubles in exchange bonds of the Federal loan,” said Finance Minister Anton Siluanov, speaking at the Cabinet meeting.

Prime Minister Dmitry Medvedev said that the Federal budget for 2016 is adopted with a deficit. In order to balance it, to ensure that all expenditure commitments, it is planned to attract funds from domestic and foreign markets. “We will do so carefully, keeping the level of government debt at the economically safe level,” said the Prime Minister.

According to Siluanov, the upper limit of the national debt $ 8.8 trillion rubles and will not be exceeded. He noted that next year the Finance Ministry plans to use the tools that worked well in the current year. We are talking about the bonds with fixed income, bonds linked to inflation, as well as securities with a floating coupon.

“The last two types of bonds were particularly popular with investors this year. Next year we also plan to start issuing bonds to the public. We will hold trial editions, and if demand is sufficient, we will expand this tool,” he said.

Siluanov also said that the Ministry of Finance plans to borrow in foreign currency on international markets. “Three billion dollars will be released next year in the form of bonds of external loans of the Russian Federation”, — said the head of the Ministry of Finance. Siluanov has asked the government to approve the proposed programme of borrowing, in the beginning of next year to start working on the financial markets. “Well, come on, claim,” — said in his turn, Dmitry Medvedev.