MOSCOW, December 24. The governmental sub-Commission chaired by Vice-Premier Yuri Trutnev in General supported the project development of the Elga coal Deposit in Yakutia, but the decision on granting of budgetary financing is postponed until the owner with a strong financial position or settlement of matters with the debt of “Mechel”.

This was announced during the meeting of the legal Commission, Vice Prime Minister Yuri Trutnev. 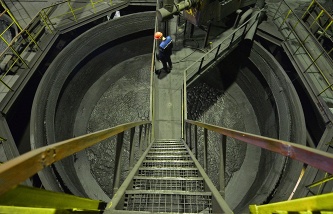 During the work the Commission had approved the project “the pole Gold” and “ALROSA” at 9.95 billion rubles, compared to 8.53 billion rubles.

“The pole gold” will receive funds for the construction of the mine at the Natalka gold Deposit. Private investment for the project is 88,56 billion rubles, including 45 billion roubles have already been invested.

ALROSA will receive funding from the budget for development of the upper Muna ore field. Private investments are estimated at 63 billion rubles.