The implementation of the development strategy of the Corporation will facilitate the change of structure of Russian economy: diversification, increasing the share of high-tech civilian products and non-oil exports. 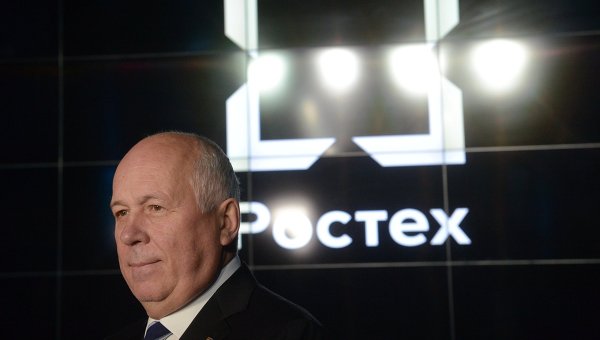 MOSCOW, 24 Dec. The investment program of goskorporatsii rostec until 2025 in the framework of the new strategy will make 64,3 billion dollars, is spoken in the message of the Corporation.

“The strategy of development of Rostec will contribute to the restructuring of the Russian economy. We are planning to 2035 to reach the level of global competitors such as GE and Siemens and others. A key imperative of the strategy is growth in ruble revenues by expanding shares in traditional markets and entering new fast-growing markets. The volume of the investment program through 2025 will total 64,3 billion dollars”, – quotes the words of company CEO “Rostec” Chemezov.

The main objective of the strategy approved by the Supervisory Board of Rostec – changing Russian economic model: economic diversification, increasing the share of high-tech civilian products and non-oil exports, said the state Corporation.

“The structure of revenues in 2025 will change significantly. The share of arms will decrease from 20% in 2014 to 13% in 2025, the share of aircraft components and the CEA will be reduced from 19% to 12%. While rostec has no plans to cut production and the supply of arms, aircraft components and PPO – reduction should occur due to greater revenue growth in other segments, primarily in the segments of the electronic cluster. The share of telecollaborative by 2025 will increase from 4% to 12%”, — stated in the message.