MOSCOW, December 24. Christmas truce in the Donbas should become indefinite.

This was announced on Thursday the official representative of the Russian foreign Ministry Maria Zakharova. 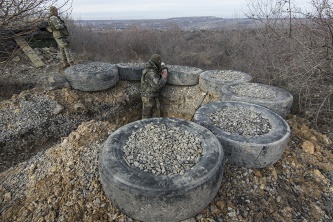 “Timely is the call of the special representative of the OSCE Chairman Martin Sajdik for a complete ceasefire from the 23rd December during the whole period of new year and Christmas holidays,’ she said. – We believe that the regime of silence in Donbas should not be limited to the winter break, and to be open-ended in nature. Is the goal to which we all need to aspire”.

She also noted that the Russian foreign Ministry are convinced of the necessity to renew in 2016, work on ensuring compliance with the provisions of the set of measures for the implementation of the Minsk agreements of February 12, in their entirety.

“Sorry, we can conclude that the truce because of frequent provocations is becoming more fragile,” said the diplomat. According to her, Sidik “also noted the issue of the extension of the work of the contact group in 2016, he expressed his commitment to rigorous implementation of the measures and voted in favor of further active participation in the Minsk process, the Donetsk and Lugansk”, – noted the diplomat.

“For its part, convinced of the need for renewal in the new year consistent work on implementing the provisions of the set of measures on the basis of direct dialogue between Kiev and Donbass as key prerequisites for a comprehensive viable settlement of the Ukrainian crisis”, – said Zakharov.

The contact group on settling the situation in Eastern Ukraine and its four working sub-groups will continue work on the implementation of the Minsk agreements in 2016, said Sidik after talks in Minsk. 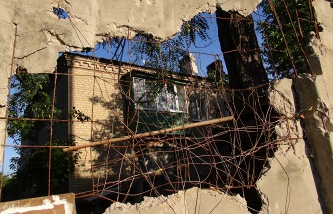 Lavrov: Minsk agreement will continue to apply until they are fully implemented

“We continue to work to complete the Minsk agreement. They will act, I hope, until we will do,” said Sidik in response to questions from journalists about the fate of the agreements themselves.