The head of administration of Feodosia Dmitry shepetkov and his Deputy Makar Makarov are suspected of extortion of money at businessmen. The decision to dismiss the deputies will after a court decision. 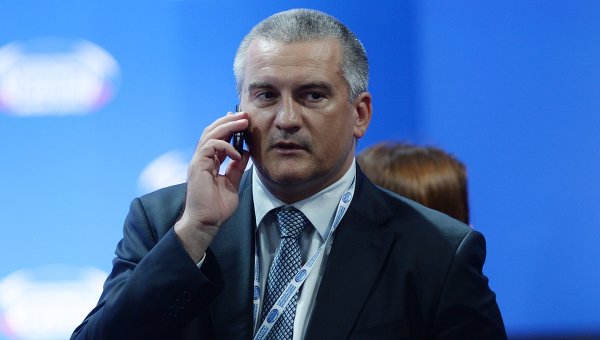 SIMFEROPOL, 25 Dec. Arrested for bribe extortion the head of administration of Feodosia Dmitry shepetkov will be removed from office by the deputies of the region, said the head of the Republic of Crimea Sergey Aksenov.

The head of administration of Feodosia Dmitry shepetkov and his Deputy Makar Makarov were detained on Monday by the FSB. The reason for the detention was the extortion of money from businessmen. On the given fact criminal case under part 6 St. 290 criminal code (bribery in especially large scale), part 4 of article 291.1 of the criminal code (mediation in bribery in especially large size).

“So far they have arrested, may strengthen the material base of the prison, if they don’t understand that the rules have changed in comparison with the Ukrainian times. The decision to dismiss will be taken by deputies, there gather all the evidence investigators have,” — said Aksenov.

Parliament speaker Vladimir Konstantinov, in turn, noted that the decision to dismiss from office the deputies of Feodosiya Shepetkova must take after the decision of the court. The head of the Crimea expressed confidence that it will happen soon.

Earlier, the head of the Crimea Sergey Aksenov reported that the acting head of administration of Feodosia will be Dmitry Achkasov.