MOSCOW, December 25. Gazprom intends to pay the dividend not lower than the 7.2 per share, gradually increasing their size, said Deputy Chairman of the Russian gas holding Victor Kruglov. 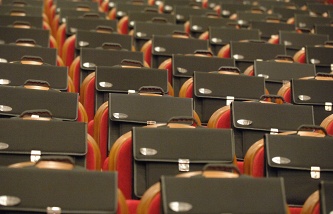 “We intend to recommend to pay in the next few years not less than RUB 7.2 per share, gradually increasing the amount of dividends, if possible taking into account the dynamics of the external environment. In government agencies there is a debate about the need for and timing of the transition of companies controlled by the state, for the payment of dividends in accordance with the IFRS (international standards) that can set a new standard of dividend payments of state companies”, – he told in interview to corporate magazine “Gazprom”.

Kruglov has underlined that the question on dividends, ultimately, is determined by the position of the main shareholder – the state, but the position of management at the moment, despite the decision to increase the tax burden on 2016, remains the same.

Shareholders of Gazprom approved dividends for 2014 in the amount of RUB 7.2 per share, which corresponds to the payments in 2013, So for dividend payment was sent to 90,2% of the net profit of the head company of Gazprom group according to Russian accounting standards (RAS) for 2014