The FAS Russia sent the largest Association of manufacturers and suppliers of food products letter about the necessity of compliance with antitrust legislation. 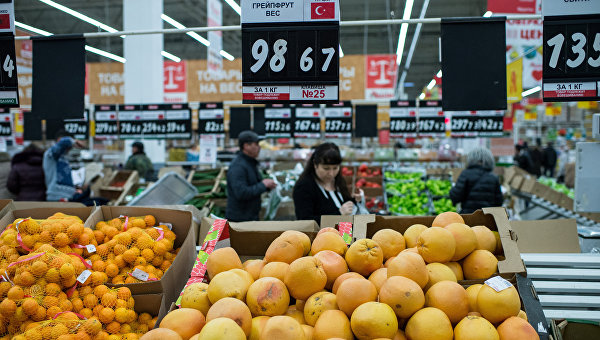 MOSCOW, 25 Dec. The FAS of Russia in connection with the embargo on products from Turkey has warned manufacturers and suppliers of food on the inadmissibility of unjustified price increases, according to the message service.

“To prevent unreasonable growth of food prices included in the list of agricultural products, raw materials and food that are prohibited to import to the territory of the Russian Federation from January 1, 2016, if the country of origin is the Republic of Turkey, the Federal Antimonopoly service (FAS Russia) has sent in the largest Association of manufacturers and suppliers of food products letter on necessity of observance of the Antimonopoly legislation, as well as the adoption and maintenance of measures to curb rising prices”, — stated in the message.