Earlier Moscow OFAS said, check the auction for the repair work to improve performance and acoustic indicators of the spectator areas New theatre’s the initial price of the contract amounted to 27 million rubles. 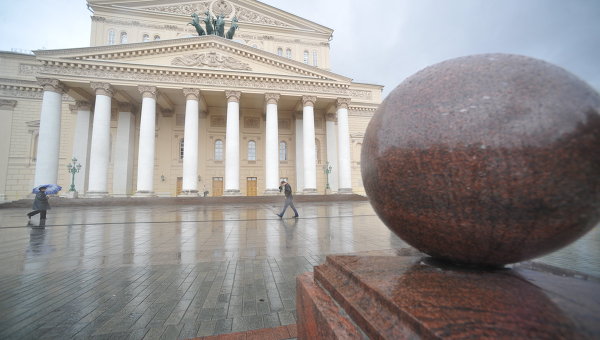 MOSCOW, 25 Dec. Moscow Department of the Federal Antimonopoly service has recognized the Bolshoi violated the law on protection of competition in the conduct of public procurement, according to the website of the service.

Earlier Moscow OFAS suspected the Bolshoi theater in violation of this law. The basis for the initiation of the case was a complaint LTD. “Phoenix-M”. According to FAS, in 2014 the Bolshoi theatre has announced an auction for the repair work to improve performance and acoustic indicators of the spectator areas New theatre, the initial (maximum) contract price amounted to 27 million rubles. Thus, in accordance with the notice of the application could be submitted from 27 December 2014 to 12 January 2015.

According to “Phoenix-M”, the specified period for submission of applications was insufficient and resulted in a restriction of competition because, in fact, was equal to three working days. The firm stated that the training within the specified period of bids by tenderers not informed of the auction before placing of the notice which was impossible.

“Today, 25 December 2015, the Commission Moscow UFAS Russia recognised the State academic Bolshoi theatre of violating part 1 article 17 of the law on protection of competition”, — stated in the message.

“Preparation in the specified period of bids by tenderers not informed of the auction before placing a notice was not possible. By the way, the Bolshoi theatre has not posted on its website the procurement plan for 2014, which would be guided by the participants” — quoted service quoted the Deputy head of Moscow OFAS Russia Indira Chandieu.

In addition, applications for participation in the auction can be filed only by persons who have received accreditation on an electronic platform. However, three days actually provided by the customer were insufficient to carry out accreditation.