As reported by the Agency Kyodo, the proposal was made during negotiations between representatives of the two companies.

The Japanese side is still under consideration offers Taiwanese Corporation. As expected, the final decision on this matter will be taken early next year.

In September, Hon Hai Precision Industry expressed the intention to buy only at Sharp it the business of manufacturing of liquid crystal displays. However, in December the company made a decision to buy completely Sharp. 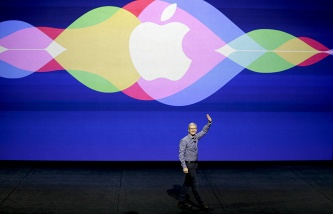 Bloomberg: Apple has opened a Taiwan lab for the development of screens for their devices

Hon Hai Precision Industry is one of the world’s largest suppliers of electronic components. Under the Foxconn brand it, in particular, under contract with the American Corporation Apple collects in its facilities in China the iPhone. By complete or partial absorption of Sharp, the company hopes to raise its technological level and expand into new areas of business, including in the field of consumer electronics.

The headquarters of Hon Hai Precision Industry is located in Taiwan, however it produces products mainly in its facilities in mainland China.

The company in 2012 signed a cooperation agreement, but have so far been unable to agree on the percentage that Hon Hai Precision Industry in Sharp capital. While their cooperation is limited to joint management of the plant in the Japanese city of Sakai in production of screens for large TV sets.