MOSCOW, December 25. Moscow region authorities intend to carry out work to reduce fares on the section of the highway M-11 from Moscow to Solnechnogorsk, which was paid over a month ago. This was reported to journalists by the Governor of the Moscow region Andrey Vorobyov. 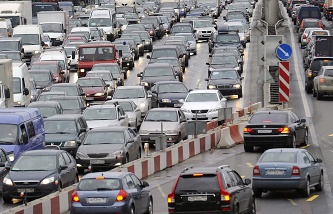 “It is very expensive. A thousand rubles a day is a disaster. But there’s also a concession contract. They multiplied the dollars believed, turned out the rubles. But from the point of view of Economics, is the notion of “market elasticity”. But people are not able to afford it. The track is almost empty. Will work”, – Vorobyov said, noting that the situation is difficult, as the part of means goes on repayment of loans to banks, part – service.

Paid mode of travel on the section of the highway M-11 (with 15 on 58 kilometre) is valid from December 23. A road parallel to, designed to relieve the overcrowded Leningrad, worked nearly a year in testing mode for free and managed to attract the attention of motorists. However introduced, the fare was much higher than stated and has caused a wide public resonance and the dissatisfaction of motorists.