Funds will be used to Finance social services for the provision of medicines, medical products and products of medical foods for certain categories of citizens, reported on the website of the Cabinet. 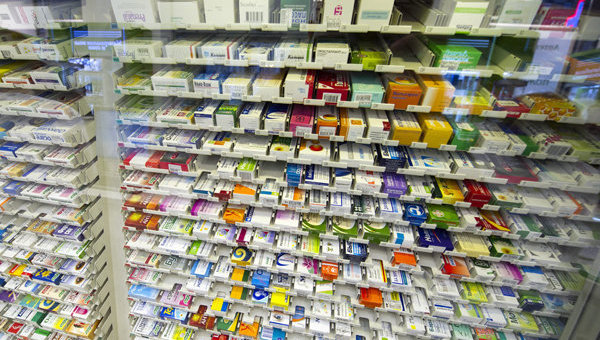 MOSCOW, 25 Dec. The RF government approved the draft Directive on the distribution in 2016 more than 30 billion rubles of subsidies to the regions for financing social services, medicines, medical products and products of medical foods for certain categories of citizens, reported on the website of the Cabinet.

This decision was made following the meeting, which was held on Thursday.

“The project is proposed to allocate in 2016 subventions in the amount of 30 902,1 653 thousand roubles proceeding from the specification of financial expenses in the month on one citizen receiving state social assistance in the form of the provision of necessary medicinal products, medical devices, and also specialized products of medical nutrition for children with disabilities”, — stated in the message. It is reported that, according to the Ministry of the Russian Federation, such individuals about 3.4 million people.

“To adopt the draft Directive of the Russian government on this issue”, — stated in the message.

The Cabinet also approved the draft Directive on the distribution in 2016 and 72 million rubles of subsidies from the Federal state budget institutions under the jurisdiction of the Ministry of health of the Russian Federation, for funding the creation of training simulation centers.

“In order to improve the capacity of health workers in the field of obstetrics and gynaecology, neonatology and paediatrics the project is proposed to allocate in 2016, funds in the amount 72,03 million rubles between the Krasnoyarsk state medical University named after Professor V. F. Voyno-Yasenetsky and Stavropol state medical University in equal parts (by 36,015 million) for the purchase of equipment to create databases of the institutions training simulation centers”, — stated in the message.