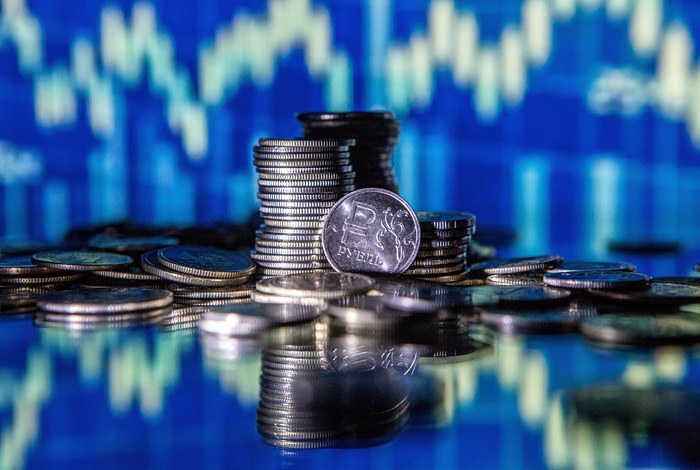 Moscow. December 25. The relationship between the state and microfinance institutions (MFIs) has long been reminiscent of favorite child’s play – catch-up. If before the Central Bank could not manage to “catch up” the market, long remained without due regulation, in 2015 the situation has radically changed: the new official rules of the game forced the companies to restructure, to adjust the model of the work and its focus.

The majority of market participants polled by “Interfax”, called the outgoing year is not just important, but significant, as even if the regulator has not placed all points over “i”, then certainly outlined them with a pencil.

The highest value for the market in the past year, according to players, are the regulatory measures taken by the Central Bank. The key: limiting the full cost of credit (PSK) for all credit institutions, as well as the separation of MFIs in microfinance and micro-credit company, which will produce next year.

KTC was introduced with effect from 1 July. The Bank of Russia expects its quarterly data on the cost of loans of the largest players of the sector in certain categories. MFIs cannot set rates for loans, more than a third greater than the UCS.

“The introduction of the UCS on credit products of banks and MFIs was expected measure, while financial players are not welcomed her. The fact that this is not a market instrument for regulating the rates. And almost any administrative coercive measures are anti-market, therefore, negatively affects the competitive environment, in the end, the quality of financial services. However, the Central Bank spent much collaboration with players of the credit market, take into account the specifics of the different segments, products, and took the least painful for market decisions”, – believes Director General MoneyMan Boris Batin.

The law on the division of MFIs in two types was adopted by the state Duma in the third reading in mid-December, entry into force (if approved by the Federation Council and signing by the President of the Russian Federation) is planned in 2016.

According to the document, the maximum loan amount to individuals, issued by microfinance companies, will amount to 1 million rubles, MCCs – 500 thousand rubles.

The same law provides for the possibility of a forced liquidation of microfinance companies on the initiative of the Bank of Russia, as well as a ban on both types of MFIs to unilaterally change the interest rates and the procedure for their determination under the loan agreements, to reduce or increase the term of the contracts. For microfinance companies are also prohibits changes commissions to individuals, which granted the companies the money.

Together with such reference to the market developments have been taken a number of smaller, but also significant initiatives. So, all financial institutions, including MFIs, in 2016 will be required to engage in self-regulatory organization (SRO).

“Compulsory membership in one of the SRO will allow to some extent to clear the market from unscrupulous participants. Membership in SRO is a kind of barrier for those organizations that are sponsored by the MFIs are “schemes”, but not an obstacle for companies who really want to engage in microfinancing,” explains the General Director of MFO “Honestly” Andrei Petkov.

Chief Executive officer of MFI’s “Finotdel” specializing in loans to business, Andrey Kuznetsov observed that his segment key event of the year was the promotion of a bill to increase the size of micro-loans for legal entities from 1 million to 3 million roubles (adopted by the state Duma in the second reading in mid-December).

The measures, according to the Central Bank, has already had an effect in terms of increasing market transparency.

“The level of transparency of the market is definitely growing since the first reporting for the first 9 months of 2014 in electronic form. If following the results of 9 months 2014 statements are passed only about 50% of MFIs, consists in the appropriate register, in the first 9 months of 2015, this figure amounted to 85%, by the end of 2015 we expect it at the level of 90%. In 2016 we will strive to ensure that it is close to 100%,” – said the press service of the CBR.

Not less ambitious goals for market regulation the Bank of Russia puts before itself and in 2016-2017.

So, the Central Bank has already made a proposal to establish a maximum permissible level of indebtedness of the borrower to interest on the consumer loan contract before MFIs (appropriate legislation can be drafted and adopted in 2017). Also in the medium term it is planned to establish requirements for financial sustainability of MFIs (in particular, capital requirements, the introduction of separate standards) and the organization of risk management market participants.

On the Central Bank helps those who help themselves

A number of challenges lie ahead in the coming year and by MFIs, the main called the lack of funding and presence on the market of “grey” creditors, which are not officially MFI, but issuing micro-loans and attracted funds of individuals.

“In fact, everything is determined by the cost of funding. If your expenses on the resources of 25-30%, and you’re forced to lend at 100-200% per annum. But if will be able to attract money at 7-9%, you can make and mortgages. These projects already exist, and I very much hope that next year we will see not only large MFIs with banks, lending under 80-100% of annual purchase mobile phones, but also for the MFIs who can lend to and to re-credit a good Bank customer, for example, payroll or under 18-25% per annum,” says co-founder of “Automated financial systems” Evgeny Kovalev.

“Initiatives for the market is the law on collection activity that would help to deal with the incorrect penalties. It is also important to distinguish between reserves depending on the types of financial products, as redundancy significantly affects the assessment of the real economic condition, both from the point of view of the regulator, and private investors”, – said General Director of group of companies “Bystrodengi” Yuri Brovkin.

In addition, stress tests conducted by the Central Bank this year, showed that at the current level of delay by Russian MFIs by the end of 2017 will need 0.5 billion roubles recapitalisation. “While maintaining the current level of outstanding microloans by the end of 2017, companies may require at least 0.5 billion rubles additional capital, when deterioration of the microloan portfolio 1.5 times not less than 1.3 billion rubles,” – said the regulator.

After rapid growth in 2013-2014 the market has entered a new, calmer phase of development. According to preliminary forecasts of the Central Bank, its growth in 2015 may reach 15%.

“The size of a microloan portfolio of MFOs increased for 9 months of 2015 from 57.3 to 62.4 billion rubles (+9%), significantly less than the same period in 2014 (+33%). By the end of 2015 we expect growth at 15 percent,” – said the Agency “Interfax-AFI” in the press service of the regulator, noting that talking about accurate forecasts for market growth in 2016 “in current conditions is premature”.

Companies polled by Interfax believe that the rate of growth by the end of 2015 may be more significant: their projections range from 20% to 30%. Similar figures the lead players and the projections for next year.

“In 2016 the figures will be comparable: less Russians to borrow from MFIs would not, since it is the most common way to “intercept” money to pay. However, and increasing spending will not, because in the conditions of economic crisis the population reduces costs and savings”, – said General Director Andrey SmartCredit of Hollow.

The largest SRO also lead to more significant growth. Thus, the increase in the volume of loans to participants SRO “Mir” has amounted to 27% by the end of the third quarter. “For three quarters of 2015 total portfolio of MFIs – members of SRO “Mir” has grown by 27%. According to our estimates, in the fourth quarter of 2015 and in 2016, the microfinance market will continue to grow,” – said the Director of the SRO Andrew Paranich.

The potential growth of the market participants associated not only with increased market transparency due to the “activity” of the regulator, but also with the deterioration of the financial situation of the population.

“According to the study of the Financial University under the government, the share of critically poor urban population in the country is 10%, the share of low-income – 54%, and this share is growing. More than 64% are the potential customers of MFIs, they have a low proof of income, so they can’t get a Bank loan,” – says CEO of “house money” Andrei Bakhvalov.

Participants of the market agree in opinion that grew fast in 2015 the company specializing in remote lending.

“The growth of online lending in 2015 will exceed 100%. The online share of companies in total portfolio of the microfinance market in Russia by the end of 2015 will reach at least 10%. Classic MFIs over time if will not cease to exist at all, will take a share of 5-15% of the market, in the coming four to five years”, – believes Director General of the service of online crediting of MoneyMan Boris Batin, Recalling a similar situation in Europe and the USA.

Despite the overall growth of the market, number of players is reduced: in 2015 for the first time since the establishment of the state register of MFOs (July 2011) number of companies, who left exceeded the number of newly registered. According to the press service of the Central Bank, as of December 22, in the registry was listed 3,716 thousand of legal entities, which, at the end of 2014 – 4,153 thousand legal entities.

Noticeable this year was the market of p2p lending (carried out between two individuals or between an individual and legal entities on specialized electronic platforms), just starting to emerge in Russia. From July 2015 the Central Bank of Russia has established the procedure for its monitoring to study what is happening on it processes and develop proposals for regulation, thereby recognizing not only its existence in the country, but also the potential.

And, increasingly, on the sidelines of microfinance forums and conferences are heard discussions about potential competition with MFIs, primarily in the sector of SME lending.

“In our opinion, the platforms p2p lending, of course, the competitors of the classic MFI. And most likely, in a perhaps slightly altered form, they will take the place of classic MFIs in the next 5 years. In the West the actual market leaders of credit, including PDL, quite fit the format of the p2p sites such as Lending Club. Therefore, p2p platforms are competing and will compete with classic MFIs in Russia” – suggests the head of the company developing solutions for MFIs Credit Sputnik.

However, the majority of respondents to the Agency “Interfax-AFI” the representatives of the MFIs are not in a hurry to call themselves, and p2p platform competitors, rather the opposite – “colleagues that complement each other.”

“We do not believe the p2p services competitors. Despite some success in the US, p2p is always deeply niche in history, it is not a substitute for consumer lending in banks or microfinance institutions”, – said the Director General MoneyMan Boris Batin.

“We do not feel competition from p2p sites. On the contrary, it can become a good partner channel in the future. At present, the p2p market is not a competitor MFIs because of their youth and are still insufficient popularity among borrowers. Now it is in its infancy. For comparison, in the country through microfinance institutions provide over 50 billion rubles a year, whereas p2p lending is hardly consists of 1 billion rubles”, – said Director General of the service of online loans “Robot Timer” (MFI “Timer”) Sergey Sedov.

At low levels of sector marks and chief Executive officer of “house money” Andrei Bakhvalov, believing in its viability and in order to pressure the mentality of potential customers. “P2p lending, we do not care for the reason that the volume of this sector is now very small. The way it works in Europe, we will not work, because our man is psychologically difficult to give their money to God knows who. I see more possible the development of lending in the model b2b”, he concluded.