MOSCOW, December 25. OJSC “Rosneft oil company, Oil India Limited and Indian Oil Corporation Limited signed a Memorandum of understanding on cooperation in the field of geological surveys, exploration and production of hydrocarbons on land of the Russian Federation. As a first step, the parties will explore the possibility of cooperation on the basis of “TAAS-yuriakh oil and gas”, said the Russian oil company. 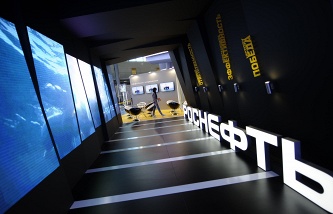 The document in the presence of the President of Russia Vladimir Putin and Prime Minister of India Narendra modi was signed by the Chairman of the Board of JSC “NK “Rosneft” Igor Sechin, the Chairman and managing Director, Oil India Limited, Upendra Singh and the Chairman of Indian Oil Corporation Limited Ashok Balasubramanian.

“The document lays the Foundation for the development of long term partnerships between Rosneft, Oil India Limited and Indian Oil Corporation Limited. As a first step, the parties agreed to analyze the possibility of cooperation on the basis of the asset LLC “TAAS-yuriakh oil and gas”. The implementation of the signed agreement will give additional impetus to the development of one of the largest new fields in Eastern Siberia”, – stated in the message.

The sides intend to continue active joint work aimed at the implementation of the terms of the Memorandum.

As previously reported, in November Rosneft and BP has closed a deal to sell a 20% stake in LLC “TAAS-yuriakh oil and gas”, a British company.

In addition, Rosneft plans to identify the second partner to participate in LLC “TAAS-yuriakh oil and gas” that will also benefit the development of the project in the long term.

June 19, Rosneft and BP signed a document on joint enterprise on the basis of “TAAS-Yuryakh”. In accordance with the agreement, Rosneft will sell the British company’s 20% participation in this project. The transaction amount was $ 750 million.

Also in June “Rosneft” and Skyland Petroleum signed the basic terms of the agreement, which provides for the sale by Rosneft of up to 29% share in LLC “TAAS-Yuryakh Neftegazodobycha” Skyland Petroleum Group and the establishment of a joint venture for the development of srednebotuobinskoe oil and gas condensate field.

LLC “TAAS-Yuryakh oil and gas production” is the development of srednebotuobinskoe oil-gas condensate Deposit located on the territory of the Republic of Sakha (Yakutia). The reserves within the licensed areas owned by LLC “TAAS-yuriakh oil and gas”, categories C1+C2 amount to 167 million tons of liquid hydrocarbons and 181,5 billion cubic meters of gas.

Currently built pipeline with a length of 169 kms to the pipeline system (TS) “Eastern Siberia – Pacific ocean”, the existing well stock is more than 50 units, production is about 2.5 million tons of oil per day.