MOSCOW, December 25. The Federation Council approved a law that establishes the order of use of weapons, special means and physical force by officers of the Federal security service (FSB).

According to the document, the FSB troops before the use of weapons, special means and physical force will be required to warn about who they are and their intention, giving citizens the ability to comply with their legal requirements. 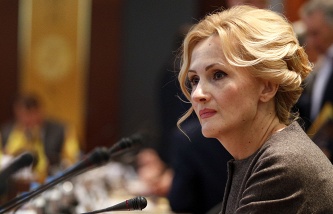 But intelligence officers can not do that, “if delay creates direct threat of life and health of citizens, employees of the FSB or can entail other heavy consequences, and also in repelling the attacks on objects, airplanes and vehicles of the FSB”. The FSB are obliged to render first aid to persons who have received as a result of their actions the injury, and also to take action as soon as possible to take the victims to the doctor. About each case of injury of the citizens or their death as a result of the use of weapons will be required to notify the Prosecutor within 24 hours.

The FSB will not be responsible for damage caused to citizens and organisations if the use of military equipment, weapons, special means and physical force was carried out “on the grounds and in the manner established by law.” The compensation of such harm will occur in accordance with the legislation of the Russian Federation at the expense of the budget.

The act also provides for the right of members of the security services to take fingerprints at the border of the Russian Federation the persons who, according to the FSB, can be recruited into terrorist activities. The list of such signs will be determined by the head of the FSB.

In addition, regulated the situation where a security officer has to enter the apartment and on the land plots of citizens, for example, for the sake of saving their life or detention of suspected offenders. There will be restrictions similar to those already prescribed in the police act.

As explained by the Chairman of Committee of Federation Council on defense and security Viktor Ozerov, the law does not give the FSB any advantages in relation to other police officers.

“We looked at how other security forces to use weapons and special means in the event of an attack on their employee’s or a protected object. There is nothing (in the act) of such new there that would give the FSB some advantages relative to other law enforcement authorities”, – said the Senator, one of the authors of the document.

Thus with the passage of the law in the state Duma its original concept has been changed with additional measures to counter terrorism. “In this case the main thesis is that the FSB have to match the use of weapons against terrorists or any person with the consequences which may occur if these measures are not taken”, – said Ozerov.