YEKATERINBURG, December 25. Bashneft has budgeted 2016 the price of oil, which is used by the Ministry of economic development, told journalists on Friday in Yekaterinburg, the company’s President Alexander Korsik. 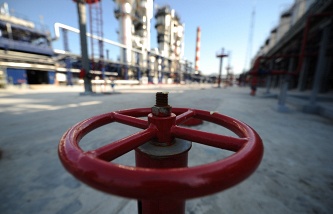 “Yet stored the same price used by the Ministry of economic development ($50 per barrel – approx. ed)”, – he said.

Korsik said that the stress scenario the company does constantly.

“We know what will happen with prices 35, 30, 50, 60, 70 … All the options we looked at, and the investment programme we have planned for the next year, she can withstand all of these scenarios,” – said the head of the company.
He also noticed that when changing oil prices changes and exchange rate.

“We live in the ruble zone, our revenues are in rubles remained practically unchanged. Our costs are mostly ruble. If we talk about the imports, in the production he is approximately 5%, and in processing from year to year varies, but it is also does not exceed 20%. We intend to reduce them further”, – he said.

In late November, Vice-President of Bashneft for economy and Finance Alexey Lisovenko told investors that the company’s budget for 2016 has been drawn up based on oil prices of $60 per barrel.

With this new strategy of “Bashneft”, presented at the beginning of October, proceeds from oil prices close to the price of the forecast of Ministry of economic development.

On increase of investment

Alexander Korsik also said Bashneft in 2016 plans to increase investments compared to year 2015. “We are not reducing investment, we have investments increase, not because we just want them to increase, but because this is an objective factor,” Korsik said.

He noted that in 2016, the active stage of development takes the field Sorovskij in the Khanty-Mansi Autonomous Okrug, active drilling will go on the fields.Trebs and Titov in the Nenets Autonomous district. In addition, he said, will not reduce investments in oil production in Bashkortostan. “As it turned out, despite the fact that production there was falling for decades, we are able to increase, despite the fact that mine is very old,” said the CEO, adding that the company has enough money.

“Can’t say that I live like two years ago, but we are able to invest more, and pay dividends, as it should be state-run companies – at least 25%,” said Korsik.

The President of “Bashneft” did not specify the amount of investment of the company in 2016.

As previously reported with reference to the acting Vice-President for economy and Finance of the company of Alexey Lisovenko, capex of Bashneft in 2015 will amount 55,8 billion rubles From this sum about 20 billion rubles will be spent on Mature fields 19 billion in deposits of Trebs and Titov, about 6 billion – “Purneftegaz” and in oil refining – about 11 billion rubles.

In this case, “Bashneft” during this period maintained its leadership in the growth of oil production among Russian oil majors. Mining companies in November amounted to $ 1,672 million tons, which is 10.5% more than in the same period in 2014. In the first 11 months, the company has increased production by 10.3% to 17,821 million tonnes.