MOSCOW, December 25. Group of companies Danone in the framework of the process optimization of industrial capacities until the end of the first quarter of 2016 will close two of its factories in Russia – in Tomsk and Cheboksary. This is stated in the message group. 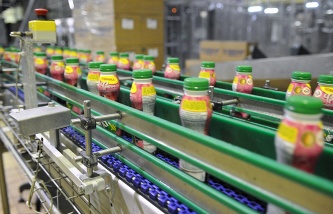 As explained in the group, the main reasons for the closure of the two plants are serious technical deterioration, low profitability and declining sales. In the current economic conditions, this “does not justify the investment required to bring these sites into compliance with new quality standards and environmental safety”, according to Danone. As stated by the company, the termination of the operation of the plants will not affect the volume of purchases of milk and delivery of finished products in nearby areas. Production will be redistributed to other businesses in Siberia and the Volga region.

Production optimization will affect 300 people. All redundant staff will receive the payout that will exceed the requirements of the current labour legislation of the Russian Federation, assured by the company.

As previously reported, Danone in 2014 closed three plants in Russia: Smolensk, Togliatti and Novosibirsk. The company representatives then explained these steps by the need to optimize a network of manufacturing sites so that they do not duplicate each other in the regions and had the possibility of expansion and modernization.

Danone has been operating in Russia since 1992. In the summer of 2010 it was announced the merger of Danone dairy business in Russia and Russian dairy company Unimilk. The group manufactures products under the brands Danone, “ACTIVIA”, Actimel, “Rastishka”, “Danissimo”, “Prostokvashino”, “Bio Balance”, “Relevant”, “Smeshariki”, “Subject”, etc. According to information on the company’s website, today the group Danone in Russia there are about 10 thousand employees, the group comprises 18 plants.