MOSCOW, December 26. Boris Gryzlov, appointed on December 26 the Ambassador of the Russian Federation in the contact group on Ukraine, said that the talks with all parties will be guided by the need to fully implement the Minsk agreements. He said this on December 26 journalists. 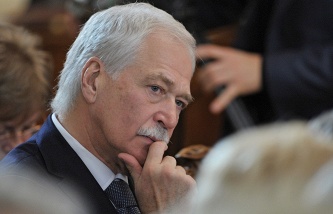 Putin: Mr Gryzlov is appointed by the Plenipotentiary representative of the Russian Federation in the contact group on Ukraine

“The President tasked me to do all that is necessary for negotiations in the protracted internal conflict in Ukraine”, – emphasized Gryzlov. “We will proceed from the need for the full and faithful observance of the Minsk agreements”, – he said. According to the politician, this is the only way to stop civil war in Ukraine, restore normal life, to ensure respect for the rights of all people living there.

“I will underline: we are ready to conduct a dialogue with representatives of both sides of the conflict, and, ultimately, to find necessary compromise. Only in Ukraine really will be peace,” says Gryzlov. “So, there will be an opportunity to solve social and economic problems of people,” he concluded.

The Klintsevich: the choice Gryzlov speaks about the interest of Russia in resolving the conflict

The appointment of Boris Gryzlov, the Russian representative in the contact group on Ukraine talks about the interest of Russia in resolving the situation in Ukraine. This was stated by first Deputy Chairman of the Federation Council Committee on defense and security Frants Klintsevich.

“Appointing such an authoritative policy, Plenipotentiary representative of Russia in the contact group on settling the situation in Ukraine, Vladimir Putin has demonstrated once again that Russia is extremely interested in the peaceful settlement of domestic conflict”, – said the Senator, adding that he knows Gryzlov in the state Duma. “It is distinguished by a rare ability to reconcile the extreme positions, not moving at the same time the valid edge of compromise. He’s a great negotiator, and depart the room will not be”, – said the Klintsevich.

Pushilin: Gryzlov’s appointment will strengthen the position of Russia in the negotiations on the Donbass

Gryzlov’s appointment will strengthen Moscow’s position in resolving the conflict in the Donbass, said the representative of DND Denis Putilin. About this he said on air “Russian news service”. 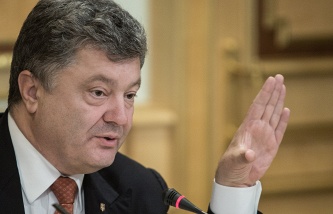 Poroshenko has signed the law on “denationalization” of print media

Avakov: prerequisites for a third “Maidan” in Ukraine

Media: 54 member of Parliament, did not declare their businesses, among them – Yulia Tymoshenko

“The force of Russia’s positions in the negotiation process. It’s a sign of how much attention is paid by the Russian Federation in resolving the conflict. Boris Gryzlov is quite a powerful figure, the politician of high level. We expect that such policies will contribute”, he said.

Russia in the contact group first presented the Russian Ambassador to Ukraine Mikhail Zurabov, then – Ambassador-at-large of the MFA of the Russian Federation Azamat kulmuhametov. The Russian delegation also includes Jaroslav Moskalik (subgroup on safety), Vladimir Stepanov (subgroup on humanitarian situation), Sergey Nazarov (sub-group on Economics) and Maxim Polyakov (subgroup on political Affairs). The next meeting of the contact group will be held on 13, 20 and 27 January. The negotiations involve representatives of Russia, Ukraine, the OSCE, DND and LNR.