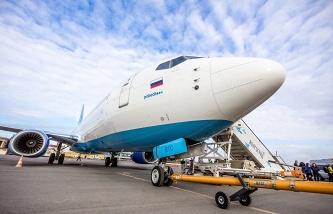 MOSCOW, December 26. Loukoster “Victory”, included into the Aeroflot Group, moved 3-millionth passenger of the flight Moscow-Sochi. Solemn ceremony in honor of this event took place on Saturday in the base airport of the airline “Vnukovo”. This was reported on the official website of “Aeroflot”.

“Today, the airline “Victory” three-million transported passengers. It is obvious that this result is unconditional recognition of the company. “Victory” in just one year has proved that low-cost in Russia is possible, but air transport may be available to many”, is given in the message words of the General Director “Aeroflot” Vitaly Saveliev.

The airline “Victory” made its first flight on 1 December 2014. At present the airline performs flights on routes 33, 31 of them – in Russia. The company’s fleet consists of 12 brand new aircraft Boeing 737-800NG.