TOKYO, December 26. /Corr. Alex Sarachev/. One of the largest Japanese electronics manufacturers Panasonic will build China’s first plant for the production of batteries for hybrid and electric cars. This was reported by the Sunday business newspaper Nikkei. 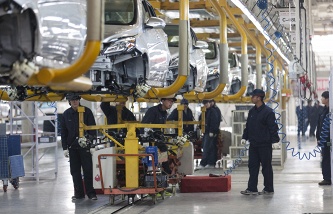 According to her, the plant will be built in Dalian (Liaoning province in northeast China), its commissioning is planned for 2017. Annually the plant will produce batteries for 200 thousand cars. The project cost is estimated at 50 billion yen ($412 million).

Due to the construction of the plant in Dalian, the Japanese manufacturer expects to strengthen its position in the promising Chinese market, which is rapidly a growing number of environmentally friendly cars. According to Chinese Association of automobile manufacturers, sales of electric vehicles in China this year will amount to 220-250 thousand units, due to which China will go from third to first place in the world, ahead of the United States.

The state Council of the PRC this year decided on new measures to support the production and sales of vehicles to alternative forms of energy and with a small engine capacity. For wider use of cars on new forms of energy, the Chinese government encouraged local governments, enterprises and institutions greater use of electric cars and hybrid cars when you change the fleet. For regions that do not reach established standards in the use of automobiles on new forms of energy, the Central government reduces subsidies for fuel and maintenance costs. 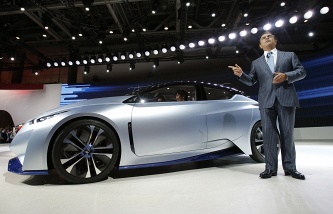 Panasonic is one of the leading manufacturers of batteries for hybrids and electric vehicles. The share of corporations in the global market is 45.7 per cent. The Japanese company is currently facing a number of challenges after she lost the part of the consumer electronics market, giving way to cheaper production of South Korean firms. In this regard, Panasonic is currently optimizing the production in order to concentrate on the production of high-tech assistance systems in driving and Parking that are installed in cars, as well as energy saving systems and batteries.

By the end of 2014 financial year, despite the restructuring, Panasonic net profit rose by 49% in comparison with similar data for the 2013 financial year. It was 179,49 billion yen (about us $1.5 billion).