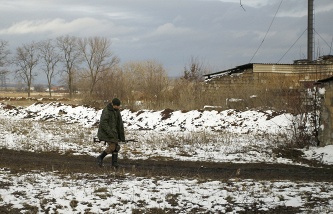 The Russian foreign Ministry: Christmas truce in the Donbass should be indefinite

“This order comes into force after its signing”, – is spoken in the document.

The Russian delegation also includes special Russian representative in the contact group Azamat kulmuhametov and representatives in working groups. In the subgroup of security – Jaroslav Moskalik, in the sub-group on humanitarian situations Vladimir Stepanov, the subgroup on the economy – Sergey Nazarov, in the political sub – Maxim Polyakov.