The President of Russia Vladimir Putin on December 26 signed a decree on the appointment of the permanent member of security Council of Russia Boris Gryzlov, Plenipotentiary representative of the Russian Federation in the Contact group on settling the situation in Ukraine. 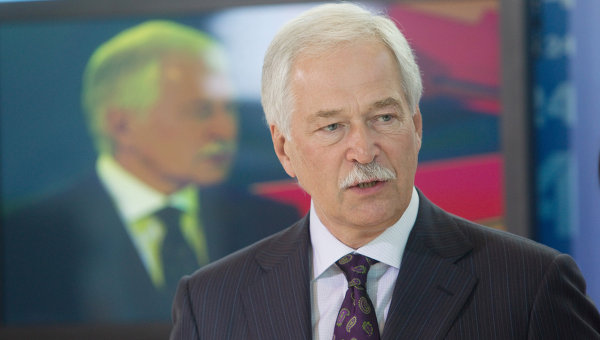 MOSCOW, 26 Dec. The appointment of a permanent member of the Security Council of Russia Boris Gryzlov, Plenipotentiary representative of Russia in the contact group on Ukraine testifies to strengthening of negotiation position and a firm intention to uphold the interests of the residents of Donbass and to require the literal fulfilment of the Minsk agreements Kiev, said the political scientist, the Director of the Agency for strategic communications Oleg Bondarenko.

Bondarenko believes that the Russian Embassy in Minsk the contact group was insufficient, because in Ukraine it is the former President of the country Leonid Kuchma was “very influential person”.

“In this sense, with all due respect to Mr. Kulmuhametov and other participants, this was not enough,” said Bondarenko.

“The appointment of Boris Gryzlov says that Russia Donbass will not give up, because as we know, Boris Gryzlov quite tough negotiator, and it is unlikely you will expect some compromises. So again fixes this tough position on the protection of residents of Donbas, for the protection of their interests, as well as to protect the interests of Russia in this region,” he added.

In addition, according to the expert, the appointment can be considered “the bolded is quite a tough position of Russia regarding the need for a literal fulfillment of the Minsk agreements and the inability to sacrifice the interests of the residents of Donbass for the sake of political nuance.”

“This (appointment) is connected with strengthening of positions of Russia and latching a firm position on the protection of the interests of Donbass”, — he stressed.

A similar view is held by the Deputy Director of the CIS Institute Vladimir Zharikhin.

However, unlike Bondarenko, Zharikhin not Gryzlov calls “a tough negotiator”, but rather sees the experience of his work in the Duma will allow flexibility in the negotiations.

“Gryzlov sufficiently experienced politician who has proved himself in the first place as Chairman of the state Duma of a man who experienced enough compromises with various political forces. Here these properties will be useful”, — said the expert.

He drew attention to the fact that “of course, Gryzlov is a trusted person Putin”. “It is also important”, — he stressed.

“I think anything is fundamentally not so. Still we have a long, tedious tug-of-war for many years,” he said.