VLADIVOSTOK, December 26. /Corr. Natalia Nikulina, Marina Shatilova/. For the Far East 2015 was marked by the opening of the first casino entertainment zone “Primorje”, the adoption and entry into force of the law on the Free port of Vladivostok, the launch of a series of Tori, the success of the first East economic forum, as well as the massive census of tigers. 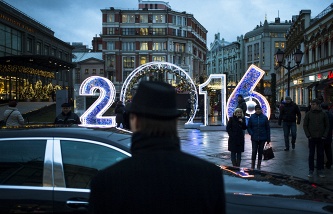 After the entry into full force of the law on priority development areas for the year in the Federal district was created 12 Tori. The decision to create three of them was taken to the government sub-Commission on the implementation of investment projects in the far East. As a result, three TOR formed in Primorye (“Nadezhda”, “Michael”, “Big Stone”), two – in the Khabarovsk region (“the Khabarovsk and Komsomolsk”), on Sakhalin (“Mountain air” and “South”), the Amur (“Amur”, “Belogorsk”), one in Kamchatka, Yakutia and Chukotka (“Kamchatka”, “Industrial Park “Kangalassy”, “Beringovuy”).

Within these TOR, it is planned to develop engineering projects, manufacturing in the field of oil refining, construction, agriculture, tourism, ports. 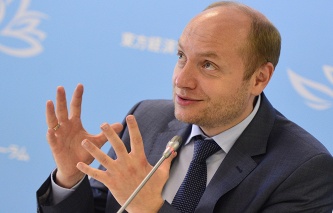 The Prime Minister, summing up the year, said that new mechanisms of regional development (the establishment of the TOR and the provision of public infrastructure support for key investment projects) allowed only in 2015 to attract to the far East almost 1 trillion rubles of investments. “New mechanisms of development of macroregion give 988,51 billion rubles of investments in the economy (2015 – approx.).

Now the Ministry is studying the issue of creating four more THOR in the district – “Svobodny, Amur-Khingan”, “Kuril Islands”, “Russian Island”. It is assumed that in the first two THOR will develop projects of Gazprom’s processing plants and SIBUR on gas chemistry in the Amur region, the project “Rosneft” for the construction of the Eastern petrochemical plant in Primorye.

Russia’s largest casino, built in the integrated entertainment zone “Primorye” Tigre de Cristal, opened near Vladivostok in the fall of 2015. The gambling zone “Primorye” will be located in muravyinaya Bay near Vladivostok on the area of 620 hectares, where in addition to entertainment centres and casinos will be built hotels and guest villas, a yacht club, a multipurpose trade and exhibition complex, several cinemas, promenade and other tourist facilities.

Infrastructure entertainment zone is created at the expense of the regional budget. It is expected that the project will proceed in three phases, the last completed in 2022. Four have already signed an investment agreement on construction of hotels and casino totaling $ 108 billion rubles.

It is expected that through the implementation of the project only from gambling activities, the region will receive at least 1 billion rubles of taxes.

Among the most important results of the year – the adoption of the law on the Free port of Vladivostok, according to which residents of the zone receive a number of preferences that facilitate the conduct of business. 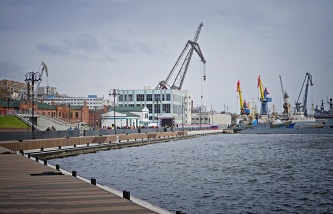 The regime of the Free port of Vladivostok was introduced on 12 October on the territory of 15 municipalities of Primorye: Vladivostok, Artem, Bolshoy Kamen, Nakhodka and Partizansk, Ussuriisk, Spassk-distant, Nadezhdinsky, Shkotovsky, Oktyabrsky, Partizansky, Border, Khasan, Khankaisky and Olginsky districts, including their marine waters.

The total area of the territory, which covers economic area is 28.4 thousand square km is inhabited by 1.4 million people (75% of the population).

Now there is only one registered resident of the Pacific investment company with the project of 182 rooms in Slavyanka cost of 5 billion rubles.

Free port – this is the area where the mechanism for duty-free import and export of goods. Ministry has already prepared amendments to the law on the establishment of the free port of Vladivostok. His area extends to other ports of the Far East, in particular, on the territory of Sakhalin, Kamchatka, Chukotka and the Khabarovsk territory.

The first East economic forum (WEF) was held in Vladivostok on September 3-5. It was concluded more than 80 major investment contracts worth over 1.8 trillion rubles of the Total investment according to the results of Primorye signed 22 agreements amounted to 100 billion rubles Signed at the forum agreements affect almost all industries: gas and petrochemical industry, logistics, including port, forestry, mariculture, agriculture.

Thus, one of the largest signed at the forum was the agreement of the Minister of the Russian Federation and Gazprom on the construction of the Amur gazopererabotki plant to 710 billion rubles Structure of Rostec and the Chinese Corporation “Sirius holding” has agreed on the construction of a coal marine terminal “Port Vera” in Primorsky Krai, a Memorandum of understanding between the companies involves the investment of 10 billion dollars. The development Fund of the Far East and the Baikal region and the “Eastern mining company” signed an agreement on 68 billion rubles for the development Solncevskogo coal deposits on Sakhalin.

2015 will be memorable the first 10 years of massive Amur tigers. It was held simultaneously in Primorsky and Khabarovsk Krai, Jewish autonomy and the Amur region.

There were two thousand participants – employees of nature reserves and wildlife refuges, environmentalists and scientists. They observed all the tracks left by predators in the snow, they shall be measured in accordance with the methodology and data are entered in special journals. One of the features of this year was the extensive use of GPS-navigators and trail cameras, thus ensuring the reliability of the obtained data.

Only in the far East – the Amur region to the South of Primorye – were examined 150 thousand square kilometers of taiga. To survey the area and measuring the population of tiger was built about 1.5 thousand trails.

The data show: now in the forest inhabited by the Amur tiger species 480-540. Of them in the Primorye territory – 310-330 adults and 70-85 tigers, in Khabarovsk territory – 80-95 20-30 adult individuals and cubs. In addition, in the Jewish Autonomous region are four adult tigers, the Amur region two.

The results confirmed the assumption of scientists about the stability of the population of this rare predator and even its growth by 10% over the past 10 years.