MOSCOW, December 28. The ruble is now close to the fundamentally justified values, said the head of monetary policy Department the Central Bank of the Russian Federation Igor Dmitriev in an interview with Reuters. 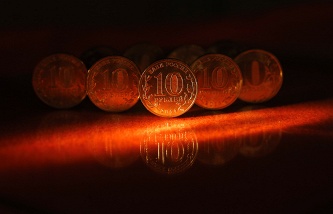 The ruble has accelerated the decline, finishing the year at its lowest level since the collapse in December of 2014

“Now we see that the ruble is near equilibrium values or fundamentally based, it is already possible different theoretical approaches to use, but generally it is near these levels. Some imbalances now in the formation of no, and the policy of floating exchange rate played a role here. The volatility of the ruble exchange rate decreases, the adaptation of economic agents to external situations. Significant deviations of the market exchange rate from fundamentally sound now, no deviations that would lead to distortions in the inflationary processes,” he said.

The fall of the ruble began in the second half of 2014, while from June to December, the Russian currency has fallen against the dollar by 2.2 times. However, since the beginning of February of 2015, the ruble has turned to growth and by may has risen in price to dollar by 30%. In may the dollar several times fell below 49 rubles, however then the American currency has returned to growth. From mid-may to date, the dollar rose from 49 to 72 rubles rubles.

The CBR will be able eventually to announce specific guidelines on key rate as confidence-building between the Bank of Russia and society, said Dmitriev. 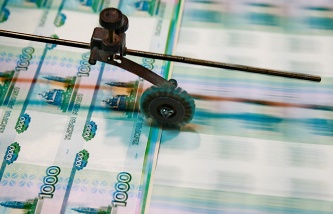 Answering the question whether the CBR to adopt the practice of the U.S. Federal reserve in part of the ad, how to change the key rate in the coming year, Dmitriev said: “to Declare that a specific level of interest rates we might be able someday with time, as confidence-building between the Central Bank and society. What are the risks with the same forecast rate, especially the rates? That if we declare a particular rate, and then the situation changes and things go differently, the question arises – why, the Bank of Russia, you sounded such a level, I took out a loan, put down a Deposit, bought – sold-currency, and that wasn’t the case. This is a problem”.

According to Dmitriev, the key rate is the same element of the forecast, and the Central Bank has expectations of what should be the future key rate to reach the inflation target. “We also forecast GDP, oil price and the ruble, all together in one ball. Over time, as confidence-building, probably already any more explicit it will be possible to name landmarks, but they will remain guidelines. I believe, the Bank of Russia quite openly and boldly talking about further decisions about rate in relation to the scenario. To say that there is unpredictability cannot,” he said.

As reported, the Board of Directors of the Bank of Russia on December 11 at the latest in 2015 meeting, kept its key rate unchanged at 11% per annum for the third time in a row amid increased inflation risks. Thus, the rate remained unchanged since August 3 this year.