Russia’s goal is “to endure” the fall in oil prices and to use this time to create industries in other industries in order to further reduce the dependence of Russian economy on oil, said Deputy Prime Minister Arkady Dvorkovich. 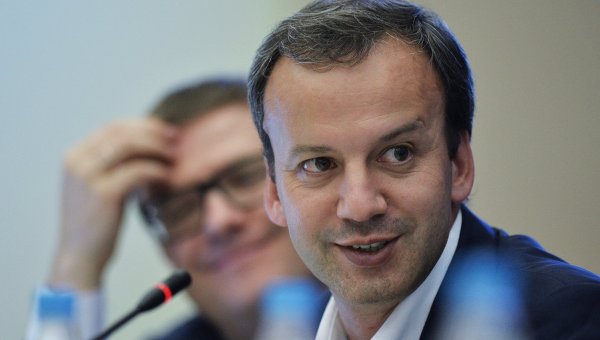 MOSCOW, 28 Dec. Russia needs to “stand up” the situation with the fall in world oil prices and to use this time to create industries in other industries in order to continue reducing the economy’s dependence on oil, said Deputy Prime Minister Arkady Dvorkovich.

“In the oil market is a major game, Middle East countries try to preserve their market niche, they are willing to live for a while with low prices. We must endure, to survive and to use that time to create industries in other industries in order to further reduce the dependence of our economy on oil,” — said Dvorkovich in interview to TV channel “Russia-24”.

Speaking about the projected production of oil in Russia, Dvorkovich said he did not expect sharp fluctuations in production volumes. “Small changes can always be, there may be a slight decrease and increase, but serious effects have not expected”, — he said.

Answering the question how the state could support the oilers with continued fall in oil prices, Dvorkovich said, “We can save the system of tax and customs privileges for companies, so they can avoid any sudden fluctuations or changes. If oil prices are low for an extended period of time, then this of course must lead to a decline in production, but I hope that then it will happen all over the world and this will have in the subsequent period upward pressure on the prices and on the stability of the situation”.

Thus, Dvorkovich was difficult to predict oil prices in 2016. “None of these forecasts can not do. We believe in our policy of not a specific price forecast, and how we will act in any scenario”, he said.