State inspectors of the Rosselkhoznadzor in the marine checkpoints “Novorossiysk” was discovered in a batch of oranges from Egypt of quarantine for Russia object – the Mediterranean fruit fly, according to the management office for the Kuban. 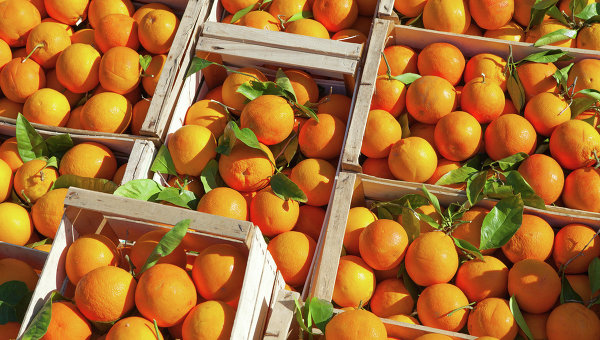 KRASNODAR, 28 Dec. Svetlana Isupova. The administration of the Rosselkhoznadzor for the Kuban was not allowed to import to Russia the party of oranges from Egypt weighing more than 100 tons due to the detection of dangerous quarantine pest, the Agency reports.

Clarifies that state inspectors of the Rosselkhoznadzor in the marine checkpoints “Novorossiysk” was discovered in a batch of oranges from Egypt of quarantine for Russia object – the Mediterranean fruit fly.

“In order to prevent penetration and distribution on the territory of the Russian Federation of quarantine object import 102,4 tons of contaminated goods is prohibited”, – stated in the message.

According to the Agency, this is not the first detection of the pest in oranges. This year 12 people were detained consignments of oranges that do not meet the phytosanitary requirements of Russia, the total weight exceeds a thousand tons.

Since 1954, this species has taken root in Austria. Already in 1956 in the vicinity of Vienna fly damaged 90-100% of the fruit. In southern Germany the loss of apricots from the Mediterranean fruit fly has reached 80% and peaches — 100%. With the penetration of Mediterranean fruit fly in Florida in 1956-1957 only to eliminate the source of danger had been spent 11 million dollars. On the territory of the USSR, the pest was infiltrated with infected fruit in 1937 and 1964.