The Ukrainian side buys gas at a higher price on the reverse of the EU, than those that could be obtained from Russia. In the end, consumers overpay due to the integrity of the Ukrainian authorities, said Minister of energy Alexander Novak. 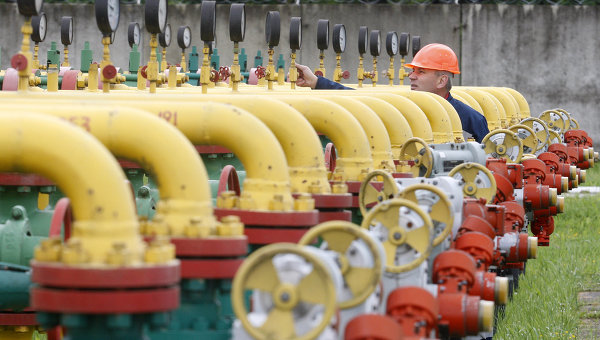 MOSCOW, 28 Dec. Ukraine buys gas is often the reverse from EU is more expensive than you could buy it from Gazprom, in principle pays for Ukrainian consumers, said energy Minister Alexander Novak.

“We see that the Ukrainian party today often buys gas at a higher price to reverse than those that could be obtained from Russia. This, of course, amazing to us. Rather, it is more such a principled stance — “it is better we buy more expensive, but not Russia”, although the consumer pays for it — and the population of Ukraine pays for it,” said Novak in an interview with TV channel “Russia 24”.

In winter gas package, which Ukraine, Russia and the EC was initialled on 25 September, was agreed the purchase by Naftogaz from Gazprom 2 billion cubic meters of gas on a credit of 500 million dollars attracted using the EC. Ukraine in the framework of the “winter package” has resumed purchases of Russian gas on 12 October, and after November 25, once again stopped. During this period, “Naftogaz” total transferred “Gazprom” of 542 million dollars in payment for gas, this amount corresponds to the volume in 2,383 billion cubic meters of gas.

In July, August and September, Naftogaz bought gas from Russia. The Ukrainian side is not satisfied with the price, with the discount of $ 40 had to be 247,17 dollars per thousand cubic meters. During this period, Ukraine was the cost of gas purchased on the reverse.