The boundary and its design is one of the basic principles of normal relations between States. It is good that Russia and Lithuania have reached a common understanding of where do I draw the line and how it should be decorated, said Russian Ambassador to Lithuania Alexander Udaltsov. 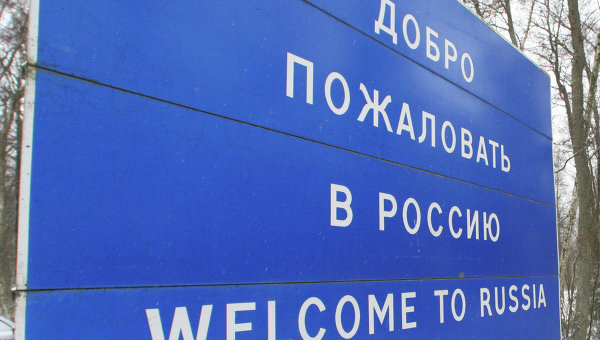 KALININGRAD, 28 Dec. The last border sign was installed on Monday at a solemn ceremony in the Neman district of the Kaliningrad region near the crossing point Chernyshevsky-kibartaj, thus ending the main phase of the demarcation of the state border of the Russian Federation with Lithuania.

Kaliningrad has no common borders with the rest of Russia, is surrounded by EU countries Poland and Lithuania. The total length of the borders, including sea areas of the Curonian and Kaliningrad bays, is 648,3 kilometers. From them the land border with Poland — 236,3 km, Lithuania — 285,9 km, sea areas — to 126.1 miles.

“The whole boundary of the castle, all boundary markers will be built, Lithuania will also need to add signs to the rooms. Completed a lot of work. Now we are going together more effectively to catch smugglers,” said the Commissioner of border of the Republic of Lithuania on the Lithuanian-Russian state border Rimantas Tyminski.

“The setting of boundaries and registration is one of the basic principles of normal relations between States. Very well, that in his time with Lithuania we came to a common understanding of where do I draw the line and how it should be decorated. Would like to see the Russian-Lithuanian border was a border of good neighbourliness, cooperation and understanding,” — said Udaltsov.

The collapse of the USSR in 1991 marked the necessity of delimitation and demarcation (the line of the state border on the terrain with the designation of its special characters) on the Russian-Lithuanian state border.

“Russia has always advocated, advocates facilitate the communication of people on both sides of the border, with all countries, by the way, we are ready to go by the way of visa facilitation and even towards the abolition of visas. But it’s not one side to solve, we understand, but we are ready and we will move direction,” — said Udaltsov.

In may 2010 jointly by Russian, Polish and Lithuanian parties was set boundary-mark, which is the border of three States and is named after located here lake vistytis. The last pillar, 572, according to the account provided at the area service in the town of Nesterov, has completed a complex of works conducted for several years.

“It so happened that we were in different States, however, we — the neighbors were, are and will be. The demarcation of the border actually completed, during the year, we will complete paperwork, and we went on a normal partnership relations, differences on the border there. Would like to see our partnership and friendly relations with our neighbours continued”, — said the Governor of the Kaliningrad region Nikolai Tsukanov.

First Deputy head of the border Department of the FSB of Russia in the Kaliningrad region Colonel Alexander Tutubalin told that on Monday officially ended the designation of the state border by placing border markers, but before the end of demarcation work is not finished yet — next year marks shall be assigned numbers to each compose a special Protocol.

He noted that the demarcation is very time-consuming process. Under the leadership of joint Russian-Lithuanian demarcation Commission, composed of representatives of the foreign Ministry, the Federal security service, Federal service of geodesy and cartography, the Ministry of defense and other agencies, agreed on a form of boundary markers, the order of the coordinate specifications of the location, an aerial survey and hydrography.

Russian-Lithuanian state border runs on land, river and lake areas. In the waters of the Curonian lagoon in the early spring of each year establish a small marine buoys equipped in the upper part of the glowing lights. The Gulf buoys are landmark and help the lovers to avoid violation of the state border.

All of the special boundary markers, buoys and warning milestones is designed and manufactured by domestic industrial enterprises, they have no analogues in the designation of Russia’s borders to other areas. Today in the Kaliningrad region established 1024 elements mark the border, 452 of them on the Russian-Polish area, on the Russian-Lithuanian — 572.