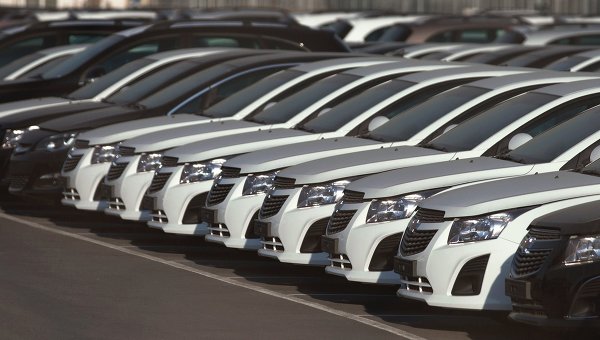 St. PETERSBURG, 28 Dec. American automobile concern General Motors, which from 1 July 2015 was stopped and mothballed production in St. Petersburg until he sold the site and, perhaps, waiting for how the situation will develop in the market, told reporters the city Governor Georgy Poltavchenko.

“GM stopped production, but they are denied the interested parties in the sale of its plant. Do not rule out that waiting how the situation will develop, what will be the market conditions, and may resume their production. We are, in principle, look at it calmly,” he said.

According to the Governor, the city authorities are trying to support automotive businesses. Currently in St. Petersburg there are three automotive plant — Hyundai, Nissan and Toyota.

“We generally try to help automotive cluster, and we are doing it. Spring appealed to the government of the Russian Federation with a request to keep it until the end of 2015 and extend into 2016 measures of state support of automakers under Federal programs. The government decided, in November 2015 from the Federal budget in addition to the automobile industry allocated nearly 5 billion rubles. Another billion allocated for the program of preferential leasing of vehicles”, — said the Governor of St. Petersburg.

GM on March 18 announced the withdrawal from the Russian market brand Opel, and that by mid-2015, will preserve the plant in St. Petersburg. Previously, the company worked about 1 thousand employees. After the group announced the mothballing of the plant, employees were offered compensation packages in the amount of seven salaries.

GM commissioned a plant in St. Petersburg in November 2008. The company produces models of Chevrolet Cruze, TrailBlazer, and Opel Astra, some models of Cadillac. There were plans to launch in 2015 Chevrolet Tahoe.