ST. PETERSBURG, on December 28. The government of St. Petersburg plans to take a final decision on the starting line Aeroexpress Pulkovo airport in early 2016, said the Governor of St. Petersburg Georgy Poltavchenko in an interview to Russian news agencies.

“As I said, this project is needed not so much for the 2018 world Cup, and in principle for the development of the city. The question is still where to put it. We study two variants: with the Baltic or from Vitebsk station. In early 2016 we will take final decision,” he said.

“Thanks to the support of Valentina Matvienko and the leadership position of the country to the St. Petersburg budget a loan at 1.5% per annum in the amount of 10 billion rubles”, – said the Governor. However, according to him, this money is not enough for the implementation of the “Aeroexpress”. “We are negotiating with Russian Railways, a company that deals with these shipments, and our investors, including the LSR group to collect a block co-investors”, – he said. 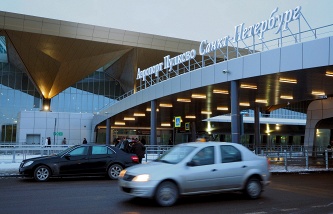 Vice-Governor of St. Petersburg: the city will receive from the budget 10 billion rubles Aeroexpress

Answering the question about the direction of credit funds, Poltavchenko said that the main directions is the construction of a transport hub in St. Petersburg and the necessary infrastructure at Pulkovo, as well as interchanges with existing road and rail routes. “The total cost of the project ( “Aeroexpress” – approx.) is estimated at 16-18 billion rubles”, – he said

Earlier it was reported that Smolny is ready to consider the possibility of an alternative trace for the project “Aeroexpress”, which would connect Pulkovo airport with the city. Potential investors of the project of the criminal code “Leader” and the LSR proposed to make the end point of the route “Aeroexpress” is Vitebsky railway station the Baltic station, which was previously considered as the primary option. According to preliminary calculations of investors, the project cost may increase from the current 18 billion roubles taking into account indexation up to 20-21 billion rubles While the price increase is to be offset by higher passenger traffic, which at the first stage may be 4-5 million people.