That the government has prepared certain steps in relation to Turkey, previously said Deputy Prime Minister of Russia Arkady Dvorkovich. However, he stressed that Moscow has no problem completely abandon cooperation with Ankara. 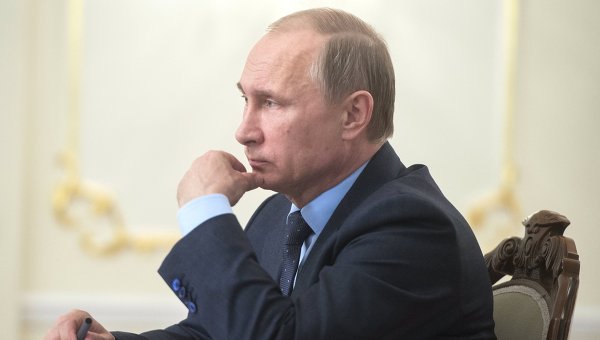 MOSCOW, 28 Dec. The President of Russia Vladimir Putin has signed the decree about application of special economic measures against Turkey, the press service of the Kremlin on Monday.

“The President of Russia Vladimir Putin has signed the Decree “On amendments to the decree of the President of the Russian Federation from November 28, 2015 № 583 “On measures for safeguarding national security of the Russian Federation and protecting Russian citizens from criminal and other unlawful acts and on application of special economic measures against the Republic of Turkey””, — stated in the message.

The crisis in relations between Moscow and Ankara began after the attack on the Turkish fighter jet Russian su-24 bomber at the end of November. The Russian President described this action of the Turkish side as a “stab in the back”. After the incident, the President signed a decree on measures to ensure national security and the special economic measures against Turkey.

In particular, Russia from January 1, 2016 banned the import from Turkey of a number of products suspended the visa-free regime with Turkey, and cancelled Charter flights. In addition, employers from 1 January 2016 it is forbidden to employ workers from among the citizens of Turkey, previously the President also instructed to prohibit or restrict the activities under the jurisdiction of the Turkish organizations in the territory of the Russian Federation.