MOSCOW, December 28. The appointment of Boris Gryzlov, Moscow’s special representative in the contact group on Ukraine increases the level and shows responsible strengthening Russia’s presence in the negotiations. 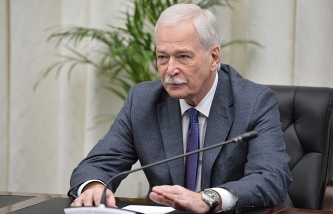 Press Secretary of the head of state, Dmitry Peskov told journalists that Gryzlov was appointed “on the initiative of the President”.

“This is a significant increase in the level and revealing the strengthening of our responsible presence in the work (contact group)”, – said the representative of the Kremlin.

However, he stated that the implementation of the Minsk agreements is “in very poor condition”.

Peskov drew attention to the fact that Gryzlov, a permanent member of the security Council of the Russian Federation, participated in the work of this structure.