Still the question of supplies to the Russian market are produced in Serbia of “Fiat” cars, but the final say remains with the Kazakhstan as a partner of the Russian Federation on the Eurasian Union, said Prime Minister Alexander Vucic. 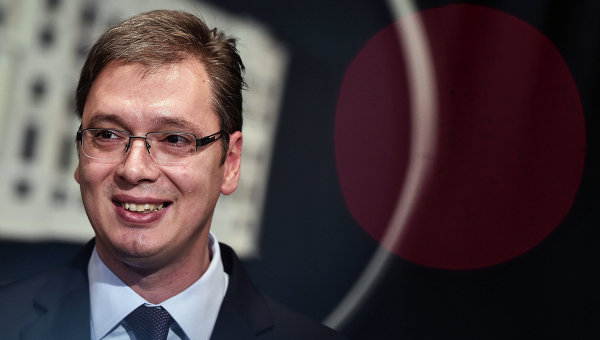 He noted that in January the Belgrade visit of the Russian Vice-Premier Dmitry Rogozin to participate in the intergovernmental Russian-Serbian Committee on trade, economic and scientific-technical cooperation (11-12 January) and is scheduled for April visit of Chairman of Russian government Dmitry Medvedev.

“We expect in 2016, a dramatic increase of our turnover in comparison with the year 2015. In 2015 there were many problems and we, and Russia — with the exchange rate, other issues that we inherited from 2014. But 2016 should be much better than 2014, which was good in our cooperation,” said Vucic.

According to him, the Russian side will discuss various aspects of cooperation including the fields of industry, agriculture, military industry, in particular the possibility of repair of a Russian-produced helicopters, and cultural cooperation.

“I see a lot of chances and have great hopes for it,” said Vucic.

According to him, is still the question of supplies to the Russian market are produced in Serbia of “Fiat” cars, but the final say remains with the Kazakhstan as a partner of the Russian Federation on the Eurasian Union.

Vucic separately reviewed the performance of the Railways in Serbia, which may be signed a new long-term agreement.

“RZD international” is currently implementing in Serbia the number of works in the amount of 940 million dollars, of which 800 million state export loan from Russia. The contract includes the construction and modernization of railway infrastructure at several sites and supply diesel trains.

“We are well cooperated with the former head of Russian Railways Vladimir Yakunin and have an excellent collaboration with his successor Oleg Belozerova. People should know this – never Russian Railways in the construction, restoration and maintenance of our roads is not late for a single day,” said the Serbian Prime Minister.

According to him, the Russian company works like a “Swiss watch”.

“I don’t know how they work in Russia, but I know that’s how they work in Serbia. And we are very happy. I think that next year we will sign an agreement on long-term maintenance of Serbian Railways,” said Vucic.